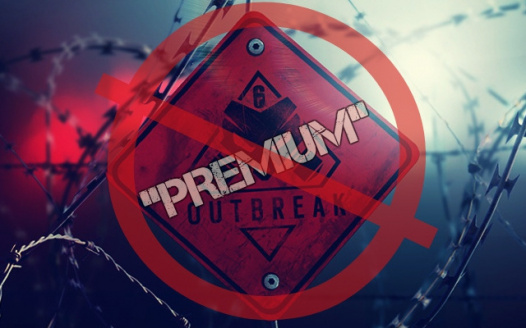 LET US EARN OUR OUTBREAK PACKS!

To the point. Most of us who were excited for this update, find the amount of micro-transactions for the outbreak skins to be completely unfair and pointless. Subtracting the 4 outbreak packs most players will be receiving, it would cost approximately 13800 R6 credits for 46 packs. ($132.99 CAD/ $103.26 US for the largest currency pack)

This makes the limited time zombie shooter almost pointless, beyond it's initial immersive game-play. After the first few rounds of overwhelming zombie hordes, I feel it quickly becoming stale as I flip my mouse over to some casual. I even questioned what the point of the limited time was since I wont be grinding for anything.

It sucks! When I originally heard about the expected update, I thought there would be more of a reason to play it over and over again, and I'm sure I'm not alone. The option of grinding for those aesthetic skins to deck out your operator; and proof of your hardened zombie survival skills pushing through horde after horde. Seems it would give the update more of a purpose other than a grand entrance with an edge for our two new operators. Instead, it simply shows who's wallet is the fattest..

I like the feel and hard work that was put into the outbreak update, as limited as the content may be. They did a pretty good job with the fine tuning, animations, and graphical appeal. But I feel it was all a waste of great potential; it's still early enough to fix this problem, if their dedicated player base matters to them more than the money in their pockets.

The best course of action would obviously be to treat it exactly like the alpha packs. Sure players can pay for them if they want.. I don't see a problem with that, but give the people who want to grind, or can't afford the skins the option to put the update to good use and earn the skins you did such a fantastic job designing.

Thanks for reading, and if you agree with me then do feel free to share this petition for others to sign.