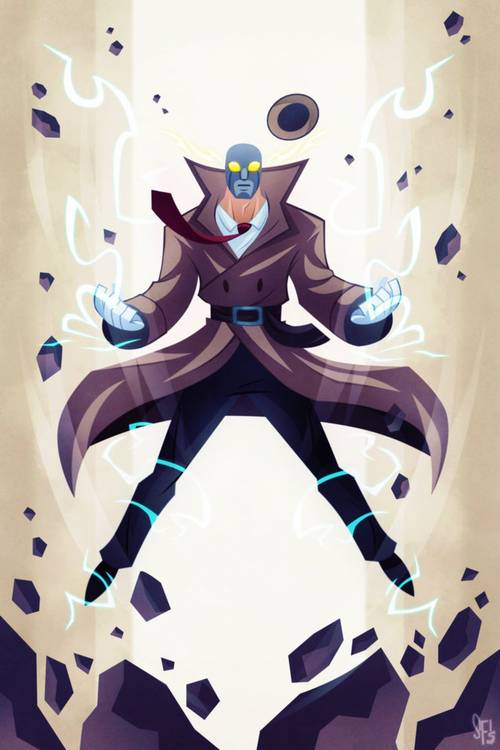 Originally appearing in Street Fighter III: Third Strike, as a hidden sub-boss, Q is, by far, the most mysterious character in the Street Fighter universe. Very little is known about his place in the lore of Street Fighter, with the exception of his supposed ties to various disasters that have occurred within it.

In January 2015, Q ranked #2 on EventHubs' poll of the most desired characters to be in Street Fighter V. Street Fighter V would offer an excellent opportunity for Q's character to be further developed and increase the representation of a lesser-appreciated aspect of Street Fighter's history.

Q offers an interesting take on the playstyle of a command-grappler character, as his grabs toss his opponents into the air, which enable him to do juggle combos, as they fall to the ground. A viable incorporation of Q into Street Fighter V's system mechanics could go as follows:

By signing this petition, you contribute to the Fighting Game Community's campaign for bringing more veteran characters back to the Street Fighter series for new fans to appreciate them and for long-term fans to reminisce on the past.