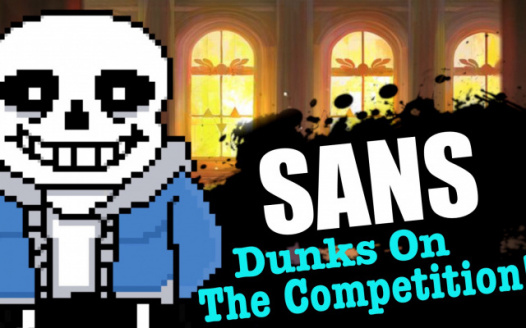 Put Sans (from Undertale) in Smash

In the history of Smash, we've had a lot of phenomenal characters that have been added. Characters like cloud and bayonetta just to name a few. I thinks it's time to add another amazing character to the game's rouster. It's time for Sans to be added. Sans will dunk on the competition with his many specialized moves. This isn't that strange of a request since Undertale was just confirmed for the switch and that's Sans originated from a video game. So I think it's time to add this beloved skeleton to Smash!!!!