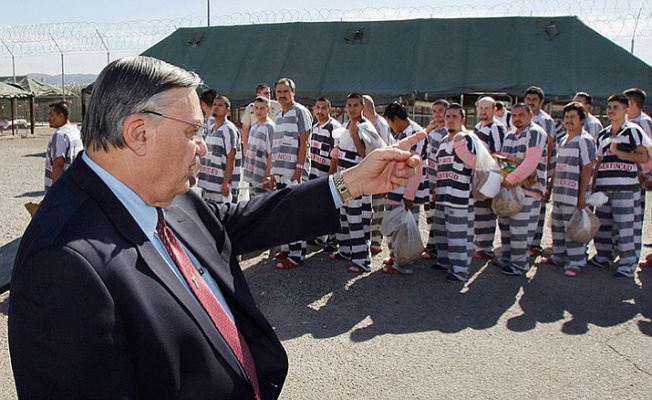 Americans Against the Pardon of Joe Arpaio.

2194 people have signed this petition. Add your name now!

While Sheriff, Joe Arpaio committed atrocious crimes devoid of basic humanity; he must face justice. During his tenure as Sheriff Arpaio:

-forced inmates to live in a “tent city” where temperatures reached 135 degrees.

-bragged about spending more to feed dogs than human inmates, and letting the inmates watch The Food Network to exacerbate their hunger.

-Prisoners in his jails died at alarming rates, with no explanation given.

-arrested reporters for covering him.

-ordered his officers burned a dog alive for no reason, then laughed as the dog’s owners cried.