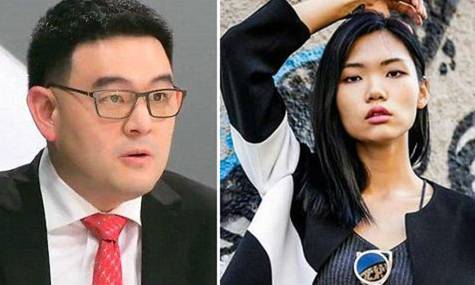 Thousands of viewers of Episode Four, Season Four, of Asia's Next Top Model, aired on Star World on March 30, 2016, are disgusted by what we see as the vulgar behaviour of guest judge Glenn Tan, an executive director of Tan Chong International, local distributor of Subaru.

While he is the principal sponsor of the show, we feel he had no right to publicly humiliate Korean contestant Kim Sang-In with a profane and belittling tirade for what he erroneously perceived to be a personal insult.

We feel that his outburst was sordid, defamatory and borderline sexist. We feel it defiled her reputation as a good person and a professional model.

We believe that, to try and keep her place in the competition, his actions compelled the contestant into a disheartened and degrading apologetic bow for something she had not done.

Whether fashion is a tough industry or not, we feel that such sexist and demeaning abuse of an aspiring young woman cannot be condoned.

We feel that no opportunity was given for Sang-In to defend herself, and no other judge, or even the shocked compere, questioned Glenn Tan's unsubstantiated allegation. We believe the producers (intentionally or not) failed to inform him of his mistake, despite surely having full access to the footage to review Sang-In's body language.

We feel it is clear from the footage that Sang-In's "eye-roll" was in reaction to the intimidating modelling challenge she faced, and was in no way meant to be a slur against Glenn Tan.

We believe that the career prospects of a talented and spirited young woman were sullied for the sake of titillating television.

As such, we, the below signatories, demand a sincere and formal public apology for Sang-In from Glenn Tan and the producers of Asia's Next Top Model, and a full retraction of the unfounded allegation against her.