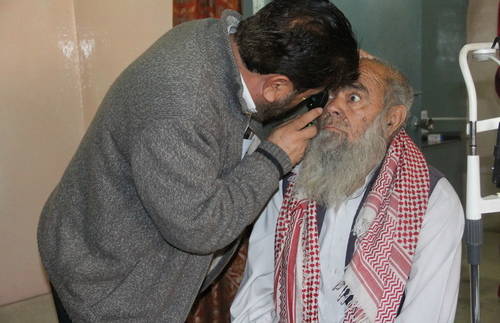 It is estimated that above 6.9 million people in Pakistan have diabetes and that there are another 3.5 million undiagnosed people (aged 20-79) with diabetes. Diabetes accounted for 3% of total deaths in 2013. Diabetic retinopathy is the leading cause of blindness and visual impairment resulting from diabetes in adults. . Diabetic retinopathy (DR) is a complication of diabetes that affects the blood vessels of the retina. . By 2030, at least 1.8 million people in Pakistan will be afflicted by sight threatening diabetic retinopathy, which is about the same as the 1.7 million in 2014 who are blind from all causes. In Pakistan, diabetic patients do not screened for Diabetic Retinopathy as well as do not be advised for eye examination in the public hospitals

Thus considering this alarming and vision threatening situation due to Diabetes in Pakistan , a petition has been launched to get votes from public that "Provincial health department should ensure that every diabetic patient must have eye examination once in a year in all public hospitals.