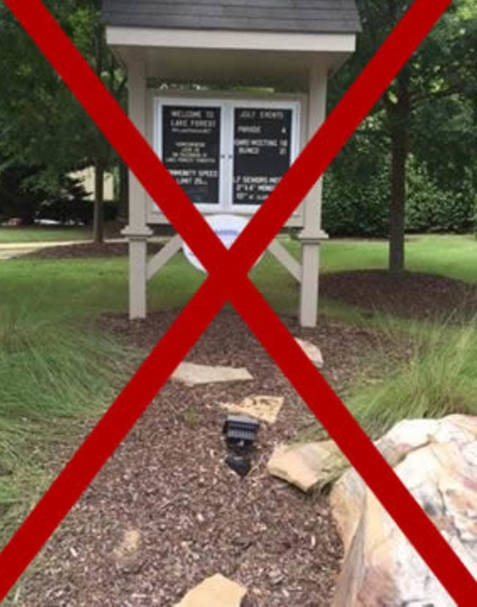 ******Please include your name and street address when signing in the comments section. Thanks.******

In December of 2016, the building of several community message boards began without any notice from our HOA Board of Directors. It was mentioned that it was discussed in the November newsletter and placed on the website, but no approval from the 311 homeowners was sought or discussed, nor were details discussed at the HOA Meeting or pictures provided before construction began. When considerable homeowner money is being spent on a project, we would expect the board to go through the same procedures that homeowners go through when we have new construction projects.

******Please include your name and street address when signing in the comments section. Thanks.******