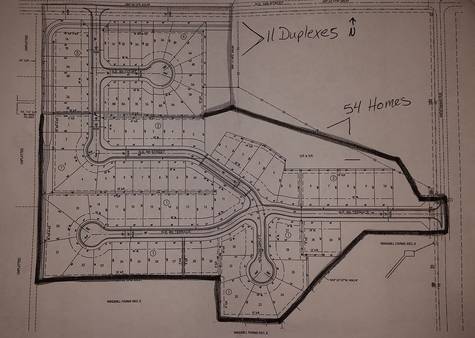 On October 1st, 2015, a Notice of Public Hearing was sent by the City of Midwest City regarding the development of the property directly behind Slim Drive and Sara Court in Windmill Farms Subdivision. This notice advises that a public hearing will occur on November 3rd at 7pm and another on November 24th at 7pm for the proposed redistricting of said property from a PUD (Planned Unit Development) to an R-6 and R2-F. This redistricting would allow for the development of Oakwood Landing, which would be comprised of 54 smaller single family homes that could likely decrease the value of homes in the Windmill Farms subdivision and surrounding areas. This would also allow for the development of 11 duplexes (22 units) that would likely be rental properties. In addition to the development of the land for smaller, cheaper housing and possible rental properties, crime rates tend to be higher in R-6 and R2-F districts than in PUD districts. Please join us in protesting this rezoning as to keep our subdivision a nice place to live and a safe place to raise our children by signing this petition. The image included is the proposed map of development. Community involvement is key and a strong presence can influence the city Council votes (which must meet or exceed 3/5 of the council.) The following meetings are scheduled: