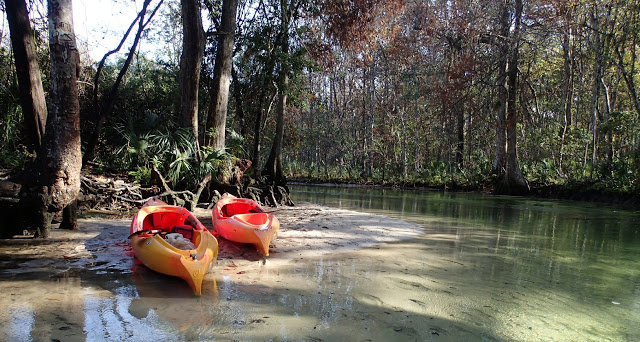 Due to the requests of citizens, Senator Wilton Simpson was successful in appropriating funding during the 2017 Florida Legislative Session for the design and permitting of a proposed 6 million dollar restoration project of the Weeki Wachee River. In order for a tax payer funded restoration project to be preserved so that future generations may enjoy this resource, it was observed by the community that future overuse must be prevented. Residents and stakeholders submitted to Senator Simpson and the Florida Department of Environmental Protection (FDEP) a written petition calling for a commercial carrying capacity study. Recognizing a need, the Hernando Board of County Commissioners and the Hernando County Port Authority submitted a request to Senator Simpson and FDEP for a carrying capacity study.

The written petition presented by the community to Senator Wilton Simpson was not recognized due to not using Simpson’s suggested wording in the petition. A concern exists by the community of the Senator’s suggested wording in that resident access to Gulf Waters could be restricted when they are not the primary users of the waterway, as the state park is deploying up to 70 vessels per hour.

By signing this petition, I am requesting that State Senator Wilton Simpson host a town hall meeting and present for signing at this meeting a written petition he has approved of requesting a carrying capacity study of the Weeki Wachee River that may be submitted for funding during the 2018 Florida legislative session.

Record of requests by citizens for action of state government: