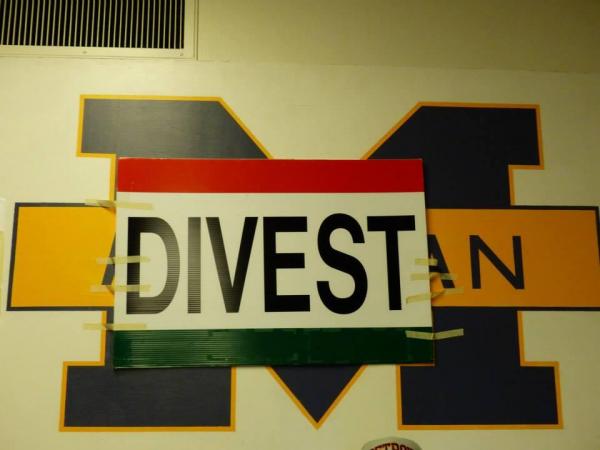 We, the undersigned, call on the University of Michigan Regents to publicly condemn anti-Semitic harassment on campus, and hold students and student groups accountable if they engage in bullying and other conduct that violates University policy.

In March 2014, students from the University’s Students Allied for Freedom and Equality (SAFE) orchestrated an unruly sit-in at the student government offices, after SAFE’s anti-Israel divestment resolution was not approved. Students who exercised their right of free speech to oppose this anti-Israel initiative were subjected to death threats and anti-Semitic name-calling such as “kike” and “dirty Jew.” These threats and intimidation caused students to fear for their physical safety and violated University policies.

All University of Michigan campuses must say NO to anti-Semitic bigotry, harassment and bullying. We call on University officials to:

Publicly condemn SAFE’s tactics as hateful, anti-Semitic and against the rules and values of the University;

Hold SAFE accountable when it violates University policy; and

Publicly commit to a campus environment that is free from anti-Semitic harassment and is physically and emotionally safe for all students.