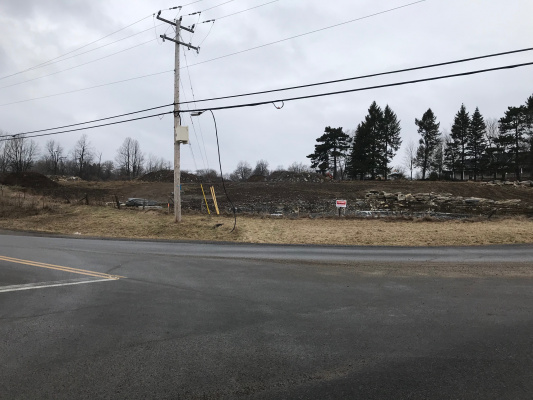 BPE Development is proposing to build at Inn and Spa at this site. You can find the BPE proposal at: https://www.2285battersea-unityproject.ca/

This project will require an Official Plan amendment and re-zoning. Notwithstanding that BPE has only completed Step One of the Planning Process, continuous work has been ongoing on this site since last summer to prepare it for the proposed development. To date only two permits have been issued, both under the current General Agricultural zoning. A building permit was issued to relocate a small barn and an entrance permit was issued for an entrance for a "driveway" off of Unity Rd. Although the BPE proposal clearly identifies the small barn as being an equipment storage building for their proposed development and the entrance as an entrance for an access road for deliveries and staff parking, City Planning and Engineering staff have approved these permits based on current zoning.

There has been considerable digging and rock-breaking on site to the point that all of the foundations for the proposed buildings and spa complex have now been excavated. From the City Planning perspective, this work is allowed. We fundamentally disagree. The City is well aware of the proposal and that the work being done has nothing to do with any of the 13 allowed uses for the current zoning as detailed at By-Law 76-26.

Local residents have a number of concerns with this proposed development, with water being the principal concern. We are all on wells and water in this area is a challenge. The City's Official plan identify this site as having moderate to high ground water sensitivity (Schedule 11A) and being highly vulnerable from a source water perspective (schedule 11B).

Other significant concerns are increased traffic, noise and the fact that this development would fundamentally change the character of the local neighbourhood.

You can find more detail on the community perspective on the GRA Website: http://www.glenburnie.ca/