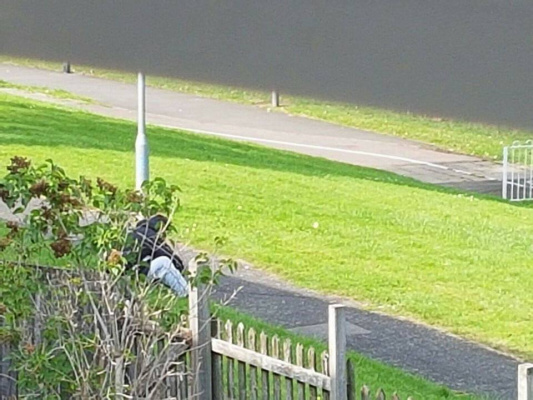 There have been recent incidents in the Telford, Shropshire area whereby a young man has been conning the vulnerable, elderly and general public out of money by knocking on doors and pretending to be a friendly neighbour.

This man offers to take any rubbish that you have and put in his 'Nan's' skip that he has hired which is only half full. After asking for a contribution of money from you (Amounts can be anything from £5 to £50) he will take your rubbish and Fly Tip in local alleyways, parks, the street or even throw it back in your own garden! This is leaving the community (Especially the elderly) upset, shook up and angry.

The Environmental Police seem to have got involved on the Fly Tipping side of things and have informed me that he will be fined for Fly Tipping, however my main concern, along with many others of Telford, is for the vulnerable and elderly community that are being targeted and having money taken from them.

Despite this man being reported many times to the police, along with him being identified and his name, address and phone number given numerous times, it seems that nothing has been done by the Police to stop this happening, and he continues to take money and to knock on the doors of residents in Telford.

This petition is to hand to West Mercia Police to show them the amount of people concerned by this man and the amount of people who are shocked that this man is still allowed to continue to knock on doors and take money from local residents, many of which are elderly by lying and manipulating people.