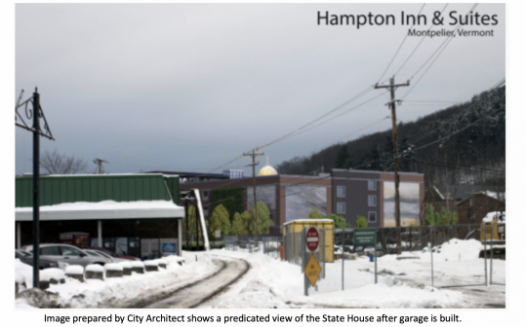 Sign this petition to tell the Mayor, City Councilors, and the City manager that enough is enough. Stop spending our taxpayer money.

Focus on essential services during this crisis.

According to the City, it is already dealing with “a possible deficit of up to $500,000 for the fiscal year ending June 30th" and there have already been drastic changes to the City’s operations. (See more info linked at the bottom of this page).

According to the City’s latest project plans (released April 8), the revised garage project will now decrease the number of parking spaces currently available to downtown shoppers by nearly 70 spaces while guaranteeing Capitol Plaza access to 200 spaces for 30 years – all at taxpayer expense – adding up to 17 million in additional debt payments.

Sign this petition to tell the Mayor, City Councilors, and the City manager that enough is enough. Stop the garage project!

“Operational impacts are as follows:

The City's original financial assumptions were flawed at the time of the vote and they are patently unreasonable now.