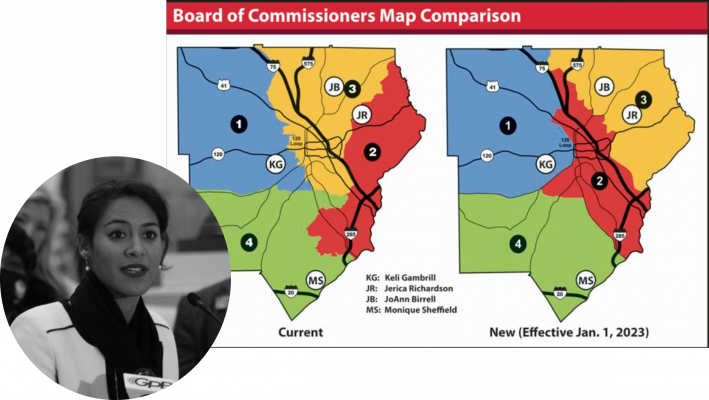 We the undersigned, urge the Cobb County Board of Commissioners to take any and all available actions to protect itself from the encroachment of power by HB1154, and ensure Commissioner Richardson is permitted to complete her duly elected four-year term.

More About the Issue

Georgia House Bill 1154 (2022) seeks to redraw the Cobb County Commission district boundaries. The approved map impacts the sitting District 2 Commissioner Jerica Richardson by forcibly removing her residency from her district effective Jan 1, 2023. Commissioner Richardson was duly elected to a four-year term not set to expire until December 31, 2024. This bill effectively shortens her term by two years, a violation of O.C.G.A 1-3-11 The vacancy created will leave approximately 200,000 constituents without representation until a special election can be held at the expense of the county. Unchecked, the act sets a precedent that local elected officials risk being drawn out of their seats at any time.

The sponsors of this bill did not follow the historical practice of working within the local delegation (all the state legislators representing a given county). The delegation majority drafted a map that was presented to the public, via Zoom and Facebook live on January 18, 2022. The delegation map was approved by the majority of the Cobb County Commissioners on January 25, 2022. One week later, HB1154 was filed on February 1, 2022.

Failure to act will result in the following harm to the community:

Take the next step!