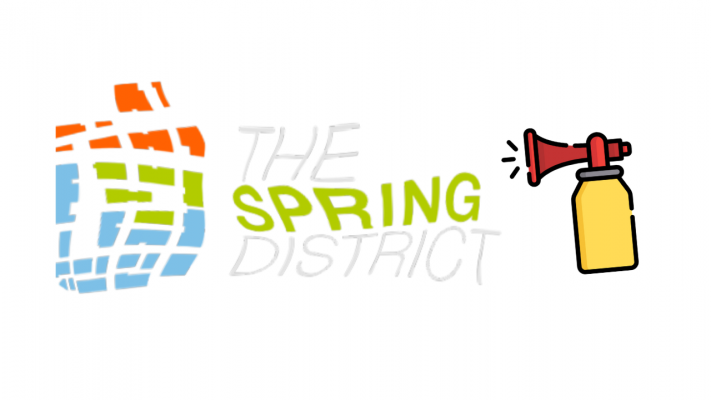 HEAR US OUT! Protect Current and Future Residents of The Spring District

To the members of the Bellevue City Council, Spring District Owners Association, and Turner Construction Management, and Security Properties (or the Arras Apartments),

This is a petition signed by current and former residents of Building 2 of the Arras Apartments in the Spring District. The following are two major grievances for which we request your urgent attention.

1. We live across the street from or around the corner from an active construction site at all times. When people were first moving into the Arras Apartments in 2018, the construction crew often began work at 4 or 5 am. When residents complained to the leasing office, they were directed to call 911. When they called 911 they were directed to contact Code Compliance. Code Compliance directed us to call 911, and the cycle continued.

The first time one of us called 911, the construction did indeed stop until 7 am, and for the entire day construction crew members glowered and glared at residents walking out and about. It seems there was no coordination between Arras Apartments and the construction crew about respecting tenants' rights to peaceful and quiet enjoyment of their residence, now that apartments were being leased.

Since that day, the construction crew has built up a history of leaving construction machines and, according to one neighbor, flood lamps running overnight. The worst incident was a pump inside of a metal water tank banging loudly against the sides until 5 or 6 am in the morning. One of us had walked outside, found the construction site manager's phone number hanging on the chain link fence, and texted and called him until he picked up. He apologized later via text and said he would talk to the crew and it wouldn't happen again.

That was May 14th. The issue has continued to come up with other kinds of equipment. The most recent incident was last night / this morning, when we followed the instructions given to us and called 911 and messaged Code Compliance. After calling 911 at 10 pm last night, we never heard back from the police officer dispatched to the location. This morning, an Officer (Captain?) Paul called and said the foreman promised to turn off the machine until 9 am, which is when construction noise is allowed on Saturdays. After the policeman left, the foreman never turned off the machine. We have shared this experience with Code Compliance afterward and are giving them time to write back.

This brings us to our first grievance: what can be done for the construction crew to *care* about the impact they are having on residents next door? How do we get them to stop leaving machines and floodlights on all night?

2. Around June 4th, the noise got so bad that our entire building shook. Residents experienced headaches and an inability to hear or focus on their jobs. We began filling the apartment's community message board with complaints. When we complained to our building management, we were offered -- get this -- a white noise machine, or the opportunity to move to a different (potentially more expensive) unit for a low low fee of $700. The author of this petition knows of at least one other resident who took Arras up on the offer and ended up $700 short and is paying more rent on a larger apartment they had never planned on renting. The author of this petition is about to break her lease and pay $3400 because she can no longer justify doing business with Arras Apartments.

This brings us to our second grievance. How is it even legal for apartment complexes to knowingly rent such units to people? It's illegal to knowingly subject tenants to mold, fire hazards, poorly secured front doors in areas prone to crime, etc. How can this level of noise be exempt?

According to the CDC, noise 70 decibels or higher for long periods of time can permanently damage hearing. We are being subjected to it for 8 hours a day, almost 6 days a week. The construction noise begins and ends outside of permitted hours on a regular basis, and when we do call 911 like we were told to, we are met with annoyance. We do not like wasting anyone's time, especially not the time of our city's first responders. Give us another way to help ourselves, if it's so annoying to you. It is not enough to tell us that we should have known better when we signed our leases! We trust you to offer homes that won't hurt us!

On the construction side of things:

2. Stop running machines outside of permitted hours when asked by tenants and/or law enforcement. We shouldn't have to be asking in the first place

3. Respond to tenants when they complain about the noise. James Browning used to respond to complaints from the author of this petition and has now stopped responding altogether

On the apartment side of things:

1. Recognize the mental and physical hazard presented by the construction noise. Either do not rent the hazardous units to prospective tenants or properly insulate them from the noise before allowing tenants to move in

2. For tenants whose suffering began mid-lease, provide adequate noise dampening equipment in the form of cushioned room dividers or "sound booths" to reduce the indoor noise to a non-hazardous level

4. Allow tenants to break their lease without severe financial penalties if they are attempting to leave a hazardous situation in their unit, such as constant high-decibel construction noise from across the street

On the legislative side of things:

1. Provide a more appropriate avenue for noise complaints than calling 911. The police are as annoyed with us as we are with having to call them. If it's on-the-spot evidence you need, we can record our own video and audio and share it with Code Compliance

Thank you for taking the time to hear our grievances. We hope to resolve the issue as quickly as possible and go back to living our lives in peace.

Signees of the petition