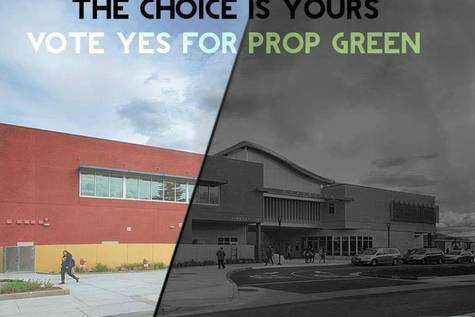 We are calling on the City of Cupertino to stand up for what they want their[ environment to be like!

As many of you already know, California is one of the first states to implement a Cap and Trade system. A Cap and Trade system is a system of controlling carbon emissions and other forms of atmospheric pollution, where the government sets a given amount that a business or other organization may produce but which allows further capacity to be bought from other organizations that have not used their full allowance. Although the system is currently working in California, there is not a considerable decrease in emissions rate. Cupertino demands a system that forces companies not to abuse its policies and abide by its emission standards or pay the fine.

What does this proposition say?

-Specialized cap created for companies that are making 5 million dollars or more in net profit over the span of 4 years.

-The cap will be created based on the company's average net profit over the past 10 years, there will be a cap sent for each individual company.

-If companies are over their cap they will be further evaluated. First, their emissions usage will be calculated. Then, their emissions will be subtracted by their cap. That amount will then be changed into money. (i.e. If cap was 25,000 MtCO2e and the company produces 27,000 MtCO2e; then the difference of 2 thousand MtCO2e, which is then divided by 1000(2 billion/500). The company will then owe a 4 million fine. The company will have 4 years to pay the fine.

-Taken out allowances, which results in companies not profiting from selling their allowances.

-Set cap lower than the original amount of emissions produced by the company, which ensures a drop in emissions rate.

-Ensures a company goes green in order to meet the cap or pay the fine.

What could come out of signing this petition?

-A drop in emission rates in Cupertino.

-Innovation from companies affected by the Cap and Trade system.

-Other cities and states implementing a Cap and Trade system into their society.

-Increase in the market for environmentally friendly machinery.