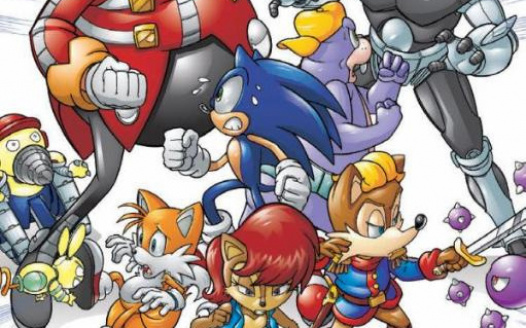 554 people have signed this petition. Add your name now!

The basic goal of our group's efforts, are to save the Sonic The Hedgehog comic series created by Archie Comics, along with any other sets (like Sonic Universe) having to do with the series, for the longtime and loyal fans whom enjoy and treasure these comics. (Please try to avoid donating to the petition, though. We don't need money. Just your support.) Should that be unreachable, we plan to save the comics' characters for the IDW iteration (or any else future iterations) of Sonic the Hedgehog from the Post Genesis Wave universe and TV shows (such as the Freedom Fighters from SATam). To follow any updates concerning the petition, it is recommended to follow this channel here: https://m.youtube.com/user/Dcfan200 and join this Amino community: https://aminoapps.com/c/TheMobian/home/

Edit: We've decided to make some drastic but necessary changes for this petition,and the below hashtags represent that. As of this moment,this petition has one goal and one goal alone: To return the American properties,or Pre-Super Genesis Wave characters (excluding those belonging to Penders & Fulop) back to the Sonic the Hedgehog comics. The comics have been manipulated by Ian Flynn,his friends,& SEGA of Japan for too long. That's why we want the IDW comics cancelled and handed to Udon (a company which will treat the abandoned characters and other concepts with respect),then to have Ian Flynn,Jon Gray,and their partners removed from anything related to said comics. Should anyone want their present signatures removed,they can contact me personally on Twitter,Amino,or YouTube.