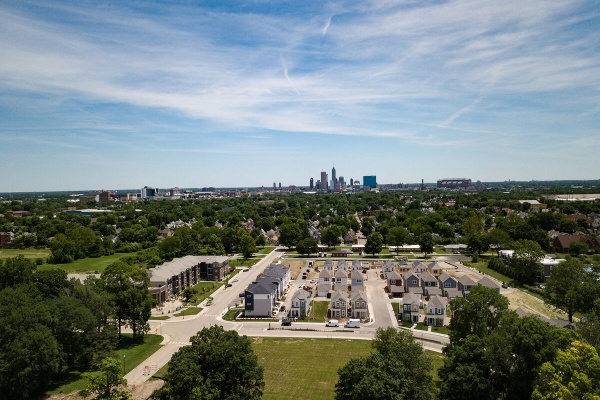 Central State is a growing neighborhood on the near Westside of Indianapolis, Indiana. Since 2007, this area has seen over $80 million in public, private, and non-profit investment which has resulted in a charter school, track and field, new roads and infrastructure, multi-family housing, single-family housing, and a senior living facility.

Recently, our neighbors received notice in the mail of an application for a permit to build a liquor store at 3145 West Washington Street (next to the Marathon gas station). There are many well documented reasons as to why this will have a negative effect on what the Central State neighborhood has worked hard to help change in the surrounding area.

Historically, there has been a deliberate injection of liquor stores in poverty-stricken areas across the country. Among the issues that liquor stores bring to neighborhoods, they are not known to generate economic activity in surrounding businesses, and can be magnets for drug addicts and others who can cause problems. Off-site outlets (such as liquor or convenience stores) are a proven link to higher rates of homicide, aggravated assault, and robbery. In addition, liquor store patrons are known to often drink outside, which can lead to an increase in both litter and human waste in the surrounding area.

Our biggest concern as a neighborhood is the thought of bringing all of this to the opposite side of the street that Christel House Academy West stands on, a charter school that caters to grades K-6.

With that said, we hope you will sign this petition to remonstrate the issuance of this permit before the hearing on January 4, 2021, and help pave the way for an establishment that would have a positive social impact on the community.

More information for attending the January 4 hearing (Marion #1) will be added once avaialble.