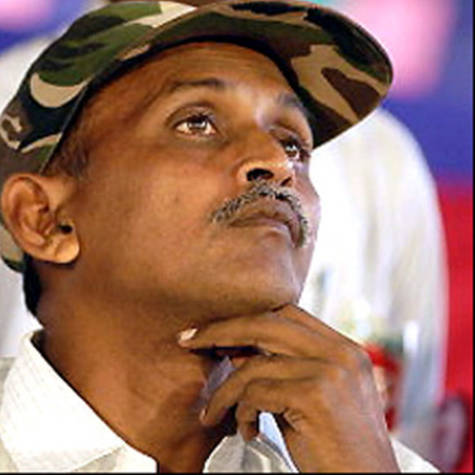 Produce the Maoist Party leader com. RK (Rama Krishna @ Akkiraju Hara Gopal) and 13 other adivasis who were injured in the Bejjangi (Jantri) massacre in AP-Odisha border and underpolice custody

The police have announced that 24 Maoists were killed in an encounter on 24th october in the Bejjangi area in the Andhra-Odisha border region. Andhra Pradesh DGP also announced that four and two more activists were killed in the subsequent encounters that ensued on the next two days. The police also announced on 24th october that the Maoist leader RK too died in the encounter. Contradicting their own announcement, they declared again that RK was only injured and escaped. So far, his whereabouts are not known. It has come to be known that the police have killed five people who were in their custody and shown them to have been killed in the combing operation. Therefore, the society at large is apprehensive that com. RK is also in their custody and that there is a threat to his life. The High Court opined on 31st october that it is immaterial if RK is a Maoist or not, and the life of any human being is precious. It also hoped that if RK is indeed in the custody of the police, the police would not contemplate of killing him at least now. It also commented that it is the responsibility of the government to protect the lives of the people. It is with this democratic understanding that we are demanding that RK and the 13 adivasis who are under police custody be produced in the court immediately.
In fact, the whole incident raises serious questions. Various narrations have come to light about the incident and based on those we have come to a conclusion that the police had encircled the meeting place of the Maoists and resorted to a unilateral firing and resorted to this killing. In the past also, the government has resorted many times to such unconstitutional, undemocratic, inhuman and immoral methods.
All the citizens of the country have the right to political freedom as per the Indian constitution. The Indian constitution has given every citizen the right to freedom of expression even to put forth a severe critique of the parliamentary politics and to profess alternative politics by rejecting parliamentary politics. Everybody has the right to believe that only Maoist politics offers a solution to the problems facing this country.
This belief or understanding by itself does not constitute a crime. But the police, who are acting as per the diktats of the ruling classes, are killing the Maoist party members, its leaders and the people who are sympathetic to the movement. We believe that it is a crime as per the constitution to kill this way in the name of encounters. The highest court of the land has pronounced on a similar occasion that one cannot be killed merely if one has faith in the Maoist politics and that the republic cannot kill its own children. If any crime as per the law takes place in the course of the practice of Maoist politics, then those responsible for it have to be punished as per the law by the courts. But we condemn such killing by encircling. There are marks of severe torture on the bodies of the deceased. The cruel torture that the police unleashed on the women Maoists is an insult to the human civilization itself. For quite a long period, it has been in the news that the adivasis, under the leadership of Maoists, are resisting the mining of bauxite and other minerals by the corporate forces. We are alleging that the AP government has resorted to this massacre at the behest of the corporate forces, precisely because it is not possible to mine bauxite and other minerals as long as the adivasis are resisting it under the leadership of Maoists. We demand that a judicial probe be conducted and the accused be punished by filing a case of murder against them.