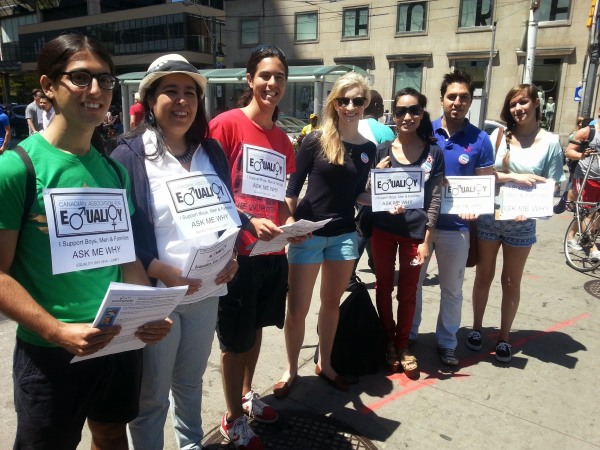 PRIDE Toronto, must be held accountable for arbitrary exclusions

We The Undersigned, Peoples Of The World...
Who support the equal rights of every person.

Are signing this petition to Pride Toronto and World Pride, to demand answers as to why The Canadian Association For Equality (CAFE), A registered Canadian charity in good standing.
(http://equalitycanada.com/)

Who was, days before the event, suddenly and without any detailed explanations, arbitrarily excluded from participating in the 2014 Toronto Pride Parade.
Despite the fact the CAFE group had registered to be in the parade two months before, and the parade registration payment was accepted with no question.

And why the letter from CAFE asking for an explanation, and a chance to clear the group of any malicious allegations, was totally ignored by every person on the Pride Executive committee it was sent to.

Pride is supposed to be about non-judgemental inclusion, tolerance, and fair treatment for all.
But this was not shown to CAFE...And since all our tax dollars fund Pride.

We demand PRIDE Toronto, provide a full and detailed explanation for their actions.