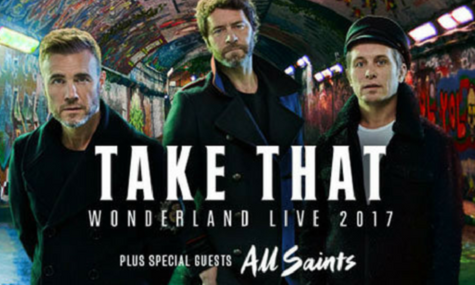 581 people have signed this petition. Add your name now!

We would like there to be no alterations to entry times for different tickets at the Take That Wonderland Tour.

This has happened at previous concerts (Hyde Park), whereby when tickets have been sold with certain benefits and upon arriving at the concert, hundreds of people not receiving what they paid for.

For the upcoming Wonderland Tour, the 'Standard' (and most affordable to fans) have been sold as having no limits on entry time versus the (more expensive) VIP ticket.

When tickets went on sale, there was no advertised benefit in relation to early entry should a VIP ticket be purchased.

The situation now is that the majority of fans, most of which go to many concerts on the tour, are now facing the likeliness of not obtaining fair entry by queuing at each venue which is undertaken in an organised manner by the majority of Take That fans.

In essence, tickets have been mis-sold upon release and the benefits of each ticket type have not been properly advertised.

This is important to many many people as so much money, time and effort goes into attending concerts whilst the band are on tour.

As mentioned, many decide to go to several dates and have purchased multiple tickets on the basis that entry will be fair across all ticket options and that the VIP ticket was just to include other benefits such as bar access, signed programme etc.

Fans travel from all over the world and queue to secure their ideal spot in the arenas. It seems totally unjust that just because others pay double, even triple the price it means they can walk straight on in.

Take That fans are a committed bunch and this has caused uproar and much upset as people feel they have been mislead.

We hope the management take our feedback on board and review the rules in relation to fair entry times for all - no matter what ticket is held.