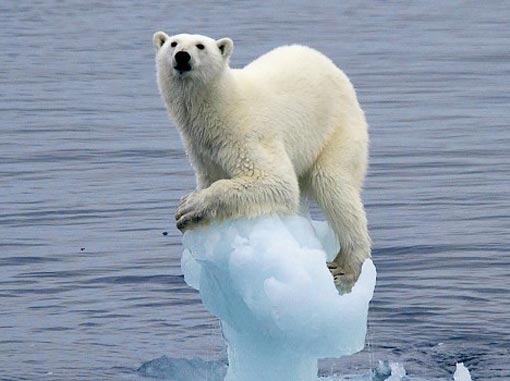 Over the past 100 years, the Earth's surface temperature has increased by 0.6 degrees Celsius, or approximately 1 degree Fahrenheit. In the grand scheme of things, this does not seem like a large difference to most people. However, the effect this slight increase can have on our environment is devastating.

Global warming is a natural occurrence that is necessary to make our planet hospitable for life. These cycles of warming and cooling are caused by the greenhouse effect. In this event, sunlight passes through the atmosphere and is absorbed by the surface of the Earth. The radiation not absorbed is reflected back into the atmosphere as infrared radiation. Greenhouse gases, or gases that absorb heat, re-emit the heat in all directions, thus trapping it in the lower atmosphere and near the Earth's surface. Humans have created what is known as the "enhanced greenhouse effect" by emitting increased amounts of greenhouse gases, especially carbon dioxide.
The increase in greenhouse gases (GHGs) is caused by many human activities such as: burning fossil fuels, clearing forests, fertilizing crops, storing waste in landfills, raising livestock and other agricultural activities, producing industrial materials, driving frequently, and constructing roads. These emissions of GHGs cause harsh consequences that we are already beginning to observe.
With the increased emissions, weather patterns have changed drastically. Climate change has increased wildfires, droughts, powerful hurricanes, and heavy rainfall and flooding in many regions. Dangerous heat waves, increased smog pollution, and infectious disease outbreaks pose a threat to human health as well. Warming trends also cause loss of biodiversity, including decreases in polar bear populations, ecosystem shifts, and ocean acidification. Glaciers are melting at alarming rates and result in rising sea levels across the globe. These, among other factors, are consequences of the warming trends in the past decade.
We must adopt new ideas and habits to prevent further damage to our environment. Boosting energy efficiency, utilizing green energy, reducing deforestation, regulating agricultural emissions, and exploring nuclear power are solutions for the governments of the world to put into place. But how can you help? One of the major sources of carbon dioxide emissions is transportation. Carpooling, using public transit, and buying low-carbon fuels are ways for a single person to reduce emissions and lessen the effects of climate change.
By signing this petition, you are promising to be conscious of all activities that cause global warming. Begin car pooling, use energy efficient light bulbs, or utilize solar power for electricity to help prevent climate change. Together, we can make a difference and save our planet from global warming.