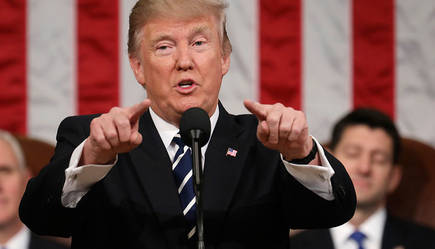 In his Joint Address to Congress this week, President Trump laid out an optimistic and common sense vision to make America great again. His speech was so outstanding, many Democrats in Washington and the mainstream media were having a hard time finding things to attack. If you agreed with the vision the President laid out for making us a strong and prosperous nation, now is the time to make your voice heard. Sign this petition to show President Trump he has your support.