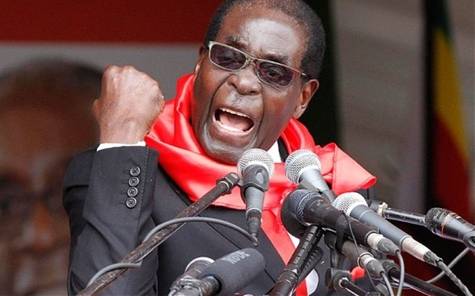 We the people of Zimbabwe, united in our diversity;

RECALLING our history which has been characterized by political and constitutional instability;

RECOGNIZING our struggles against the forces of corruption, unemployment, poverty, tyranny, oppression and exploitation;

COMMITTED to building a better future by establishing a socio-economic and political order through a popular and Multi-Stakeholder Transitional Government based on the principles of unity, peace, equality, democracy, freedom, social justice and progress;

EXERCISING our sovereign and inalienable right to determine the form of governance for our country;

DOHEREBY request President Robert Mugabe to step down as President of Zimbabwe. He has nurtured unprecedented class warfare characterized by poverty, starvation, unemployment, corruption and gross Human Rights abuses. He has disrespected, undermined and compromised the sovereignty of Zimbabwe.

We are asking Mugabe to resign immediately to make way for a Transitional Multi-stakeholder Authority that will preserve the integrity of our nation.