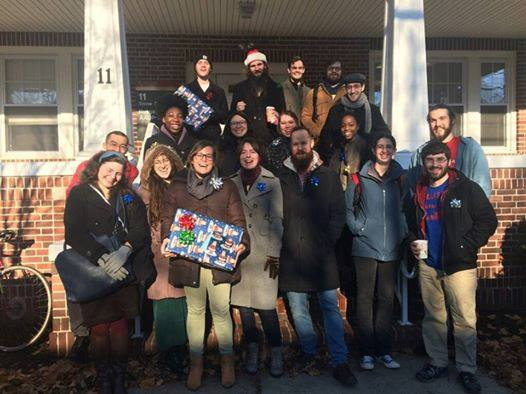 President Barchi: Pay Out on The TA/GA Professional Development Fund

For years graduate students here at Rutgers have dealt with the problems of the TA/GA Professional Development Fund (PDF). What was supposed to be a fund that alleviated the costs of research, summer unemployment. and family support has all too often failed.. Instead of providing graduate students the money they need, we've seen the university push the costs of awards onto individual departments, we've seen the university fail to review half a round of applicants, and now we see fund awardees going months without their award checks.

In the Spring of 2016, the graduate student union believed we had fixed the problem with PDF. After months of organizing, petitioning, and protesting, we saw 90% of all applicants receive an award letter of $900+ for the 2017 round. This was an incredible win and a testament to the power of graduate students.

However, while the administration had initially promised that checks for PDF would be in grad mailboxes no later than the last week of June, the majority of awardees didn't receive their checks until the third week of August. In fact, there are still at least 200 awardees whose checks have still not arrived.

That is why we write to you, President Barchi, as the leader of this university and as the person who is ultimately responsible for university administered funds, to demand that you disseminate ALL PDF award checks no later than September 5th. Remember, graduate students here carry out your research, teach your classes, and pay your salary.

To that end, we also demand that you issue a formal apology to all graduate students eligible for this fund in recognition of the financial and personal straits that it has left so many of us in year after year.