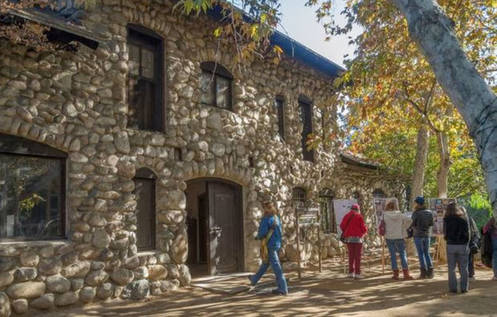 799 people have signed this petition. Add your name now!

The Highland Park Heritage Trust, its members, and the Northeast Los Angeles public demand that City leaders do everything in their power to preserve this National Historic Register Landmark, the Lummis Home.

We are concerned that despite diligent work by committed people and institutions to find a path forward to preserve our City’s iconic Lummis Home, those efforts have hit a wall. We are urging City leaders to act.

In 1970, the City recognized the importance of Lummis Home by designating it a Cultural Historic Monument. In doing so, the City recognized Charles Lummis’ unparalleled contributions to the growth and development of the City of Los Angeles, the country’s emerging national park system, and the influential Arts and Crafts movement, as well as to the preservation of Native American and Mexican/Spanish Southwest culture.

We are stunned by the lack of resources devoted by the City to the preservation and stewardship of Lummis Home - particularly in contrast to the efforts being made by Occidental College during the course of negotiations with the City.

Occidental College has stepped forward with a concrete preservation and stewardship plan for Lummis Home and brings its unique expertise and scholarship to the table. Occidental has, in good faith, already invested substantial time, money and personnel during the negotiation process. Occidental has:

It is clear that Occidental College, with its Institute for the Study of Los Angeles, is a perfect fit with the City for the proper stewardship and utilization of Lummis Home and its grounds as a living study and teaching tool, as well as a community resource. City leaders and departments need to stop their delay and make this partnership a working reality for the benefit of current and future generations of Angelenos.

The City has the financial resources and connections to make this a reality. We need them to make it happen. Please.