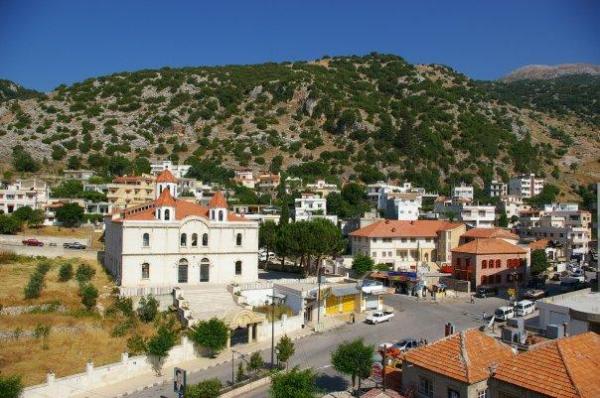 Preserve the Culture, the Souls, and the Human Dignity of the People of Kessab

Office of the United Nations High Commissioner for Human Rights(OHCHR)

Kessabis an Armenian-populated town in northwestern Syria, administratively part of the Latakia Governorate, located 59 kilometers north of Latakia. It is situated near the border with Turkey on the slope of Mount Aqraa, 800 meters above sea level. Along with the surrounding villages, the sub-district of Kessab has a total population of around 2,500.

Historically, the region of Kessab was part of the ancient civilization that spread from the Syrian coasts up to the Orontes River, six millennia ago. The Mount Casius at those times, was believed to have been the sanctuary of Zeus. During the reign of the ruler of the short-lived Armenian Empire Tigranes The Great, in the 1st century BC, and later the Roman era, the Syrian coast flourished greatly and had a positive effect on the development of the Kessab region.

The first record of the name of Kessab was mentioned in a historical document dating back to the Crusaders period.

Being located on the borders of the Armenian Kingdom of Cilicia, later in history, the region of Kessab was gradually developed by its Armenian migrants. The migration of the Armenians to the region increased in the 14th and the 15th centuries.

In modern history, the first disaster in Kessab took place in April 1909, during the Adana massacre. This calamity cost the Armenians 161 deaths and a massive material loss.

The Armenian Genocide in 1915 proved even more destructive. The command of the genocide initiation arrived in Kessab on the 26th of July to start deportations within 5 days.In 1922, peace was established after the entrance of French troops into Kessab and some of its inhabitants returned back home.

On the 5th July 1938, the Turkish army entered theSanjak of Alexandretta and Antioch, and the region was renamed Hatay Province. Many Armenians left Kessab for Lebanon or took refuge in the mountains.

The result of the annexation of the Sanjak of Alexandretta proved disastrous for the Armenians of Kessab: Mount Casius was attached to the Turkish side including their farms, properties, laurel tree forests and the grazing lands located in the mountain's bosoms and valleys that once used to belong to the native Armenians. Besides, with this annexation, the Armenians of the town were also deprived from their traditional and historical Barlum Monastery, where the inhabitants used to celebrate the feast of Virgin Mary during August of each year.

As a result of the ongoing Syrian War, in the early hours of 21 March 2014, Kessab and its surrounding villages saw a multi-pronged attack by rebel forces opposed to the Syrian government. It was reported that some of the attackers, advanced directly from Turkish territory.

Some 670 Armenian families of Kessab and its surrounding villages either fled or were evacuated by the local Armenian community leadership to safer areas in neighboring Basit and Latakia.

The peaceful population of a whole village left their homes, their schools and centuries old churches and cultural heritage behind to seek refuge and safety elsewhere with no guarantees of going back to their lands.

Today’s deportation of Kessab Armenians — the third in less than a century — is a most serious challenge to the international community.

Accordingly, we the undersigned appeal to your high esteems with a call to guarantee the preservation of the Cultural Heritage, the Souls, and the Human Dignity of the People of Kessab who had peacefully lived on their lands and flourished culture since centuries. Our call to you is to help them to safely return back to their homeland.