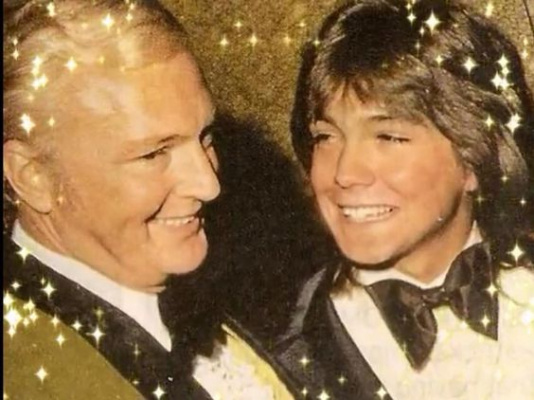 David Cassidy literally put his blood, sweat and tears into making his lifelong dream of music called, "Songs My Father Taught Me". The songs that David's father, Jack Cassidy taught him as a little boy, shaped his life and influenced his musical career. David so desperately wanted to record and share these songs that were so dear to his heart and soul that he literally delayed medical treatment to get the job done. It is heartbreaking that most of his devoted audience are not hearing the words that inadvertently became his last wish.

Posthumously, David Cassidy's EP called, "Songs My Father Taught Me" was released for MP3 download. Quickly, in just a few short weeks of its' release, it hit #1 as a top seller on Amazon's Jazz Chart, Number 2 on iTunes' Jazz Chart and Number 13 on Billboard's Jazz Album Chart.

The track “Wish You Were Here” reached number 34 on the top 100 iTunes Jazz Chart.

Currently, the public can only listen to these songs by downloading it. There are no plans to have this music produced onto a CD. Many of David's worldwide audience, do not download music or due to international downloading laws that vary from country to country, are unable to access it. Many fans would love to have an actual CD in their hands for sentimental reasons to complete their collection of their favorite recording artist or even to purchase it as a gift for a loved one.

Not many musicians or actors have this kind of appeal or impact on their audience. Please support the "Songs My Father Taught Me Petition" to get David's last recordings produced onto a CD for worldwide distribution. These recorded songs were a lifetime dream come true for David Cassidy.

As an added bonus, I am requesting for unreleased songs to be included to make this EP an LP.

Please help to preserve David's legacy. Sign, comment and share the petition to begin this process. David Cassidy's musical legacy needs to be preserved for all his millions of dedicated lifelong fans and for all his new and future generation of fans.