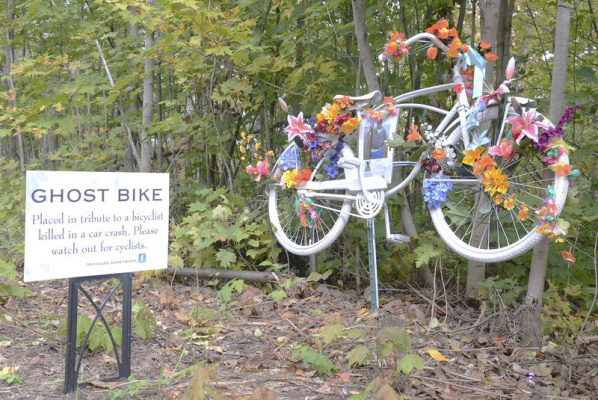 On Friday, August 31, 2018, my nine year old daughter was hit by a car while riding her bike home from the YMCA. The story was featured in our local Daily Courier newspaper, and gratefully, my daughter suffered no serious injuries. My personal concern lies with the next child who might not be so lucky. To reduce the chances of another accident, I have created this petition which I plan to present to the City of Prescott's Pedestrian & Bicycle Technical Advisory Committee (PBTAC) on October 8, 2018.

As a group of concerned citizens, we hereby request one or more of the following "traffic calming" interventions be used on Whetstine Ave. between Willow Creek Rd. and Ruth St. Per a recent discussion with the City of Prescott's Traffic Engineering Technician, Kevin Attebery (who supports this petition and its proposed actions), such interventions may include any or all of the following: 1) the creation of a four way stop at the corner of Northside Dr. and Whetstine Ave.; 2) additional signage on Whetstine Ave. warning drivers of an upcoming "low visibility" area (due to hills which reduce sight range); 3) the construction of sidewalk(s) and/or any other appropriate alteration(s) to make the area safer for cyclists and pedestrians.

This part of town sees a fair amount of pedestrian and bicycling traffic due in part to its proximity to the Mountain Oak School, Prescott High School and the YMCA. Additionally, the corner of Northside and Whetstine serves as a bus stop for Prescott Unified School District. Please sign the petition to encourage the City of Prescott to create safer streets for our precious upcoming generation. Adding your address in the comment section will add greater impact. Thank you for your support.