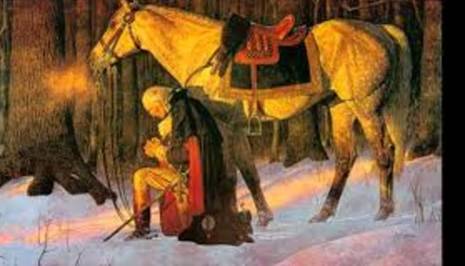 We, the undersigned, support passage of the following resolution:

To the Board of Supervisors of Marathon County

WHEREAS: The Pilgrims first came to this country in 1620 before departing for the New World prayed for God’s guidance. In describing the emotional worship service before the Pilgrim church's departure from Holland, Governor William Bradford wrote that Reverend John Robinson: “…spent [time] pouring out prayers to the Lord with great fervency, mixed with abundance of tears.” And,

WHEREAS: The Reverend Jacob Duché opened the September 7th, 1774 first Continental Congress in Philadelphia with prayer. His prayer included these words: “O Lord our Heavenly Father, high and mighty King of kings, and Lord of lords, Be Thou present, O God of wisdom, and direct the councils of this honorable assembly; enable them to settle things on the best and surest foundation.” And,

WHEREAS: At the Constitutional Convention of 1787 Benjamin Franklin, said the following words: “The small progress we have made after 4 or five weeks close attendance & continual reasonings with each other, our different sentiments on almost every question, several of the last producing as many noes and ays, is methinks a melancholy proof of the imperfection of the Human Understanding. In this situation of this Assembly, groping as it were in the dark to find political truth, and scarce able to distinguish it when presented to us, how has it happened, Sir, that we have not hitherto once thought of humbly applying to the Father of lights to illuminate our understandings? I have lived, Sir, a long time, and the longer I live, the more convincing proofs I see of this truth- that God governs in the affairs of men. And if a sparrow cannot fall to the ground without his notice, is it probable that an empire can rise without his aid?” And,

WHEREAS: Every president, upon his inauguration recites the oath which includes the words, “So help me, God.” And,

WHEREAS: Congress to this day opens every session of the House of representatives and the US Senate in DC with prayer from the Chaplain of the House and Senate respectively. And,

WHEREAS: Every session of the Supreme Court is opened with the prayer: "God save the United States and this honorable court." And,

WHEREAS: The Constitution of the great state of Wisconsin opens with the words, WE, THE PEOPLE OF WISCONSIN, GRATEFUL TO ALMIGHTY GOD FOR OUR FREEDOM, IN ORDER TO SECURE ITS BLESSINGS, FORM A MORE PERFECT GOVERNMENT, INSURE DOMESTIC TRANQUILITY AND PROMOTE THE GENERAL WELFARE, DO ESTABLISH THIS CONSTITUTION. And,

WHEREAS: The practice of opening legislative sessions with prayer is longstanding. The custom draws its roots from both houses of the British Parliament, which, according to noted parliamentarian Luther Cushing, from time ”immemorial” began each day with a “reading of the prayers.” In the United States, this custom has continued without interruption at the federal level since the first Congress under the Constitution (1789) AND…Almost all state legislatures still use an opening prayer as part of their tradition and procedure. And,

WHEREAS: Many area county boards such as Taylor, Wood, Portage, Waupaca, Shawano, Langlade, and Oneida open their county board meetings with prayer or at least a moment of silence. And,

WHEREAS: IN June of 2014 the Supreme Court ruled that legislative bodies such as city councils can begin their meetings with prayer, even if it plainly favors a specific religion. The court ruled 5 to 4 that Christian prayers did not violate the constitutional prohibition against government establishment of religion; the justices cited history and tradition.

THEREFORE BE IT RESOLVED that the board of supervisors of the County of Marathon shall open its regular meetings with an invocation, seeking guidance and direction of Almighty God as the board deliberates in the affairs affecting the people of Marathon County.