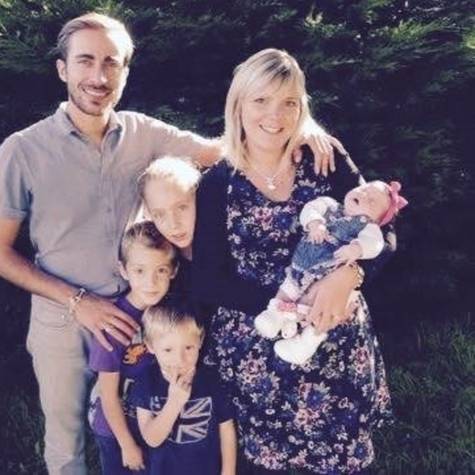 Pray for the Evangelical Church in Aurillac, France

This week we are praying for the Eglise Evangélique in Aurillac (Pastor Arnaud and Delphine Devilliers).

This church is located in Aurillac, France situated in the Cantal department (15). Allier has only 4 Evangelical Churches for 147,000 people.

Please sign this petition and let hem know we're praying for them!

Located in the southern part of the Auvergne Region, Cantal Department has a total population of 147,000 with 255 towns, the least populated Department in all of France. Residents, known as Cantaliens or Cantalous historically spoke the Occitan language. Aurillac, pop. of 25,000, serves as Cantal’s capital city and home to Église Evangelique. It is also the capital city most further away from a major highway, so it is quite isolated from the rest of France and its own region. It does, though, have an airport with 2 daily flights to Paris.

Geographically, the Cantal Department consists of extinct volcanic peaks which cover most of the department. Tourists gather in Aurillac to venture into its spectacular mountainous scenery with breathtaking views, explore the Volcanic Regional Nature Park, go white water rafting, and more. It is known for over 5 cheeses and two regional cows: Salers and Aubrac breeds of cattle. However, Aurillac and its surrounding areas have also become home to several industries, and can boast of supplying France with most of its umbrellas.

By delving into Aurillac’s religious history, we gain greater spiritual understanding of the city and its area. Dating back to the Gallic era, Aurillac’s recorded history actually begins 856. By 885, a Catholic abbey was built and later the first Pope of France studied at this abbey. Later during the 13th and 14th centuries, Aurillac withstood several sieges by the English. In the 16th Century, Aurillac became caught between civil and religious wars. During the Protestant reformation period, in 1569, the city was delivered “by treason” to the Protestants and people were tortured and held ransom. The Abbey was sacked and the library and archives were all burned. Again, in spite of a tumultuous history, we see a French community determined to rebuild and remain strong together, overcoming the numerous unfortunate conflicts.

Because the church does not have a formal website, a complete picture of the church’s life and priorities are not as evident. However, on the church’s Facebook page, the pastor posts almost daily and upon reading his posts, viewing the photos, and videos, Pastor Arnaud’s passion, vision, heart, and priorities become clear to the reader. We will attempt to do him justice through our interpretation of the church’s priorities through his words. If we met him today, we would see someone in love with Jesus, his family, his community, and those who have not yet come into relationship with Jesus Christ.