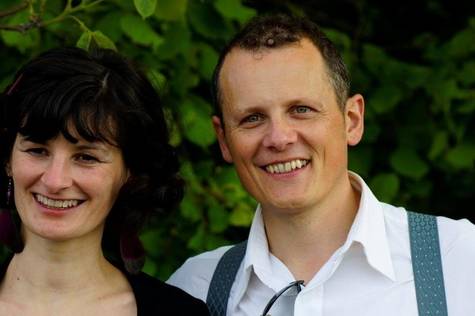 This week we are praying for the Eglise Protestante Evangélique in Chaumont (Pastor Yannick and Simone Huguenin and their 4 children). The church is located in Chaumont, France situated in the Haute-Marne department (52). Haute-Marne has 8 churches for 181,521 people.

Please sign this petition to let them know we're praying for them!

This church is located in the Champagne-Ardennes region (pop 1.3 M). It is a little over half the size of the state of Ohio, borders Belgium with 6 other French regions surrounding it, and, sits just west of Alsace-Lorraine. Best noted for its prized champagne, its hillsides and doting treasured vineyards invite people to relax in its peaceful scenery. The famous cathedral in the city of Reims saw 24 kings of France crowned. Although the region is 61.4% agricultural, it’s 1 million hectares of woodlands are full of game, including wild boar, with 5 rivers flowing through it.

Metallurgy, steel and coal were once thriving industries. Bordering Germany and Belgium, the Ardenne mountains and rivers have made this region politically strategic and fought over many times. The Franco-German War of 1794, Battle of the Ardennes in WW1, Battle of the Bulge in WW2 (over 100,000 American casualties) are among some of conflicts endured by the French.

Historically, Haute-Marne Department (pop 181,521) is considered one of the most powerful in French history, with conflicts and victories. March 1, 1562, the Massacre of Vassy (northern Haute-Marne) occurred, sparking the French Wars of Religion which spanned decades. During WW2, under German occupation, the Haute-Marne was partitioned using a canal from the Marne River to the Saone as the dividing line. The east was reserved for a new Germanic state while the west remained an occupied zone. Then, August-September 1944, the Allies liberated Haute-Marne. The region hosts a Renaissance castle, the fortified city of Langres, homes of Charles De Gaulle and Voltaire, to name a few.

Chaumont (pop 23,000), the capital of the Haute-Marne region, although seemingly small and insignificant, has had its share of important events in history. On March 1, 1814, Chaumont, its capital witnessed an end to the 1st Empire under Napoleon 1. A 60km viaduct built in 1856 remains a visible marvel work of engineering. The city was bombed two times during WW2. From 1951 to 1967, the USA Air Force under NATO operated a base outside the city at the airfield that had been built in the 1930’s.

With the decline of steel and coal industries over past 100 years, growth is at a slower rate than other departments. In recent times, Pastor Yannick wrote: “…unfortunately the industrial sector is in decline and many residents must look for work elsewhere.” This though, as you will see, has not dampered his anticipation to see the Kingdom of God come into his department.

The Eglise Protestante Evangelique de Chaumont is considered a church plant from the Eglise Protestante Evangelique de Langres, a city only 35 KM south of Chaumont. Begun in 1970, It took 28 years of hard work, great faith, unending perseverance, and much prayer by several different teams of missionary couples, including a Christian band that gave free concerts, to grow to 25 members. With only 25 members, this church in Langres then sent out the Huguenins to Chaumont in 2005. 11 years later, the Eglise-Chaumont just moved from being a “house church” to having a building of their own. This was possible from the generosity of “local Christians, Christians far away, and sister churches”. Overflowing gratefulness radiates from Pastor Yannick in his website and posts, providing insight into his character and faith.

While people are leaving the area to find work, Pastor Yannick sees what others do not see: a ripe harvest. And, so, he, his family, and a handful of believers continue laboring with great expectation to sow and reap in an area that others have labeled difficult. He shares:

“Some say it’s a desert, but that is not true. It’s a department that is very active and friendly.”

Priorities of the Church

To quote Pastor Yannick directly: “An Open Door: The church is not a closed club or a building, it’s a group of people who walk life together [doing life together] and follow after Jesus.”

Major priorities can be summarized as: (1) Evangelism; (2) Being a community of followers of Jesus Christ who live the Christian life daily; and, (3) Making the Word relevant. Taking all of his websites and writings together, combined with the church activities, they are all point towards learning how to do life together as Christians and simply “being” (living out the Christian walk) the church as a daily lifestyle.