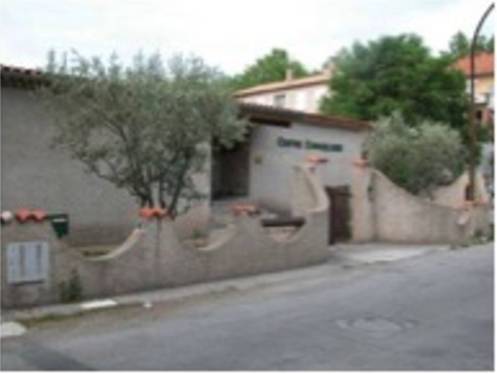 Pray for the Assemblies of God Church in Manosque

The church in Manosque is associated with the Assemblies of God (ADD), CNEF and UNADEF. It is located in the Alpes-de-Haute-Provence region and the capital city is Digne-les-Bains. There are only 8 evangelical churches or .004% evangelical churches for 161,916 inhabitants in the region. This is equivalent to 1 church for every 20,200 people.

About the Alpes-de-Haute-Provence Department:

The Alpes-de-Haute-Provence department covers 2,674 sq. miles over mountainous lands, hilly territory, and low flat lands. Steep slopes, deforestation, and flooding make it difficult for farming. The lower lands provide Mediterranean climate, while the more hilly and mountainous sections survive harsh winters and stormy summers. Tucked next to the Italian border with Alpes-Maritime and Var Departments to the south, the sun shines over 300 days a year, more than that of Nice on the coast. This abundant sunshine, clear skies, and high lands have created excellent locations for hundreds of amateur observatories. The Observatory of Haute-Provence is one of the largest in Europe and serves as an active astronomical research center. The Regional Natural Park of Luberon draws hikers, nature lovers, and scientists/biologists from around the world.

Tourism (over 500 hotels-resorts exist) and local services dominate the economy. Yet, those aren’t the only ones thriving. Truffles from this region are a worldwide delight. Raw silk, olive oil, mulberry trees, and orange trees, honey (over 250,000 behives), lavender, perfumes, essential oils, Banon cheese, and exquisite wines from smaller vineyards are among the other sought after specialties worldwide. In the 1960’s an Atomic Study Center opened, and growth in Manosque began. Lignite and gypsum are also mined. However, what sets this small town apart is the L’Occitane factory, famous worldwide for its perfumes, soaps, and other beauty items boasting lavender and other precious flowers and herbs from the region. So whenever you see a L’Occitane shop in your local mall, remember to pray for Manosque and the Assemblies of God Church in Manosque.

It is said that Hannibal came through Manosque with his army and elephants about 218 BC.

The Romans invaded Manosque on their route across France towards England. By the 19th Century, the city renovated the entire city and removed all memories of the Middle Ages, removing a symbolic gate and towers, and enlarged its streets. In World War II, 1942 to 1945, the entire region was occupied by fascist Italy. When liberated, with much spirit and strength, the French remained determined to rebuild and move forward.

Then, in 2016, an act of violence reached Manosque:

A group of youth were planning on meeting at the church building on Wednesday, May 18, 2016 at 6:30pm. What they encountered was shocking: Their church had been broken into and 7 fires had been set throughout their building. Extreme internal damage had been done. The pianos, over 100 Bibles, an ancient cherished Bible, books, and teaching materials were all burned in purposely built fires. They called the fire station, the police and the pastors. And, investigators began to investigate the cause of fire and who did it. Was it strictly vandalism, or, anti-Christian? Was this persecution of the church? According to Pastor Alain Denizou, President of the Assemblies of God in Alpes-Provence, “to have gathered a hundred of bibles in 7 different places and burn them, shows that, because of the evidence that all Christian material had been gathered in piles and then burned, it shows that it was calculated and a deliberate act against Christians…” The church would be closed for many weeks while the investigation and clean up could be done. A pastor requested the local government for a room to continue services. And at the time of this writing, no updates could be found. We want to surprise the pastors with our prayer petitions so we have not wanted to contact them yet. We will give a follow-up report as soon as we can. *

In response, the French Pentecostal Evangelical Action News also reported that such actions against places of worship are increasing throughout France and the world today.

History of Assemblies of God Church of Manosque

From their website, the Word of God was first announced in Manosque by evangelicals in 1945. A pastor from Aix-en-Provence held multiple meetings and numbers came to Jesus. Many experienced divine healings, forgiveness of their sins, salvation, and “greater peace in their hearts.” By 1954, Mr. and Mrs. Scott, pioneers of the Assemblies of God movement in France, came to Manosque. A congregation grew and by 1976 the church became autonomous. Their current site, the one that was burned, was officially dedicated in 1980. By 2016, 130 members attended the church.

Priorities of the Church: Peace, Hospitality to Strangers, the Word of God

Pastor Jean-Basco eloquently writes on the welcome page of the church’s website that their church exists to seek the good and peace of the city, according to Jeremiah 29: 7, “Also, seek peace and prosperity of the city...pray to the Lord for it, because if it prospers, you too will prosper.” Then he shares that Manosque is a place along the route of the Alpes where many summer visitors love to stop. He asks, “Perhaps one day you will stop, too? Don’t miss visiting the Evangelism Center on Rue de Ponches, where you will be given a hearty welcome.”

The Word of God and Evangelism, reaching others for Christ, serve as foundational pillars for the church. Over hundred Bibles were burned in the Center in May 2016, that is more than enough Bibles for their visitors and their members. A teaching tab on the website has 6 ways anyone can learn the Word: audio replays of sermons, written outlines of each sermon going back to 2014, audio Bible, Reading the Bible, Bible Studies to read, Bible studies to listen to.

Another tab indicates their value for evangelism and seeing the Word change lives of people. Numerous testimonies of members of the congregation can be read on the site. Reading them provides a look into French life and the struggles many can face apart from Christ and the transformation that occurs. A first one describes the story of how a muslim member came to Christ. Another shows how the signs and wonders of the Holy Spirit have drawn a young French woman to the Lord.

*Editor’s note: When this church was selected for our next church targeted for Prayer, until the research began, the writer had not realized it was the same church that had been set on fire the year before. It seems that God is calling us at such a time as this to intercede for the pastors, congregation, and town of the Assemblies of God Church of Manosque.

Please sign the petition and leave a prayer or word of encouragement for them.