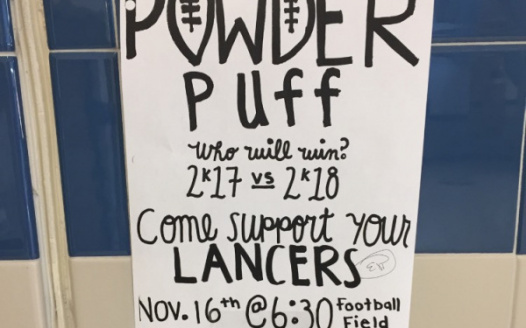 We the students demand that the date of the Powderpuff game be changed. As of now it is set to October 19th which interferes with both a Volleyball game and Cross Country meet. Students in both activities wish to participate in the Powderpuff game, and are being kept from an opportunity. This is unfair because the game is meant to be a fun experience for any student who wishes to participate. It was discovered that the date interferes with other sporting events on September 4th. This is six weeks before the game happens, so there is still plenty of time to change the date. In addition the event has not been advertised yet, for example posters have not been made so their will not be any confusion with the date change. Although some teachers want the game to be during homecoming week, that is not desired by students. There is two weeks after homecoming that have numerous open days. This would also make coaches of fall sports happy because then their athletes wouldn’t have to leave practices early resulting in better game outcomes. This game means a lot to everyone, but is even more special for seniors because it is their last year. Leaving the date as it is now is very inconsiderate to many students who wish to participate, but have events the day of the game. It is stated in the SR&R fcps booklet that students have the right to; “Express opinions freely through speech, assembly, petition, and other lawful mean” and “advocate for change in any law, policy, or regulation”(9). That is exactly what we are doing. We hope that the large amount of people affected will change your mind. The following people that signed agree with this petition.