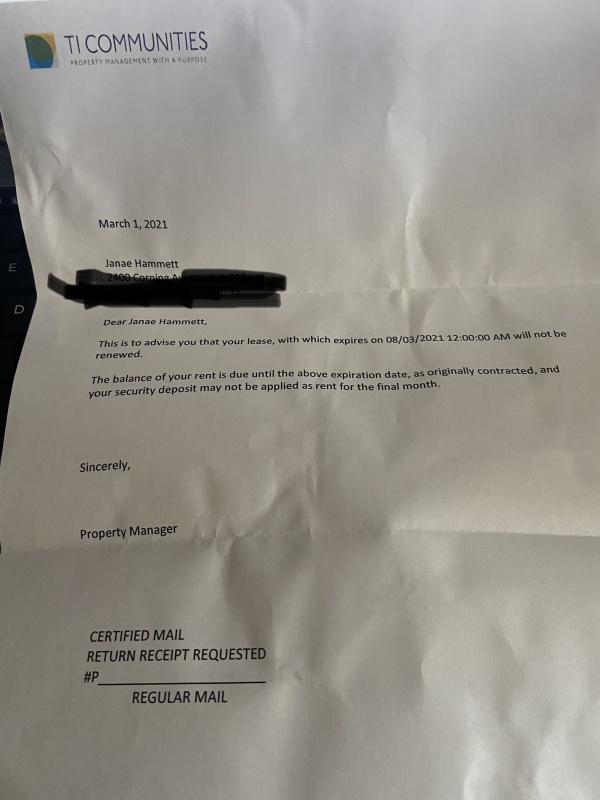 Janae Hammett has been a resident here at GlennRock Landing for the past 12 years. Since the new management company TI Communities has taken over I have been treated very poorly by the staff. Back in January I received numerous phone calls, and notices on my door for of balance of $33.24. During one of the calls two of the employees were very rude to me. I was bullied, threatened, and later received a notice that my lease wouldn’t be renewed as of August 3,2021, after being here 12 years. I have two young children, we’re in the middle an pandemic and no where to go in that short amount of time. Lastly, since I’ve been here I have issues within my unit and pictures that have yet to be fixed, or addressed