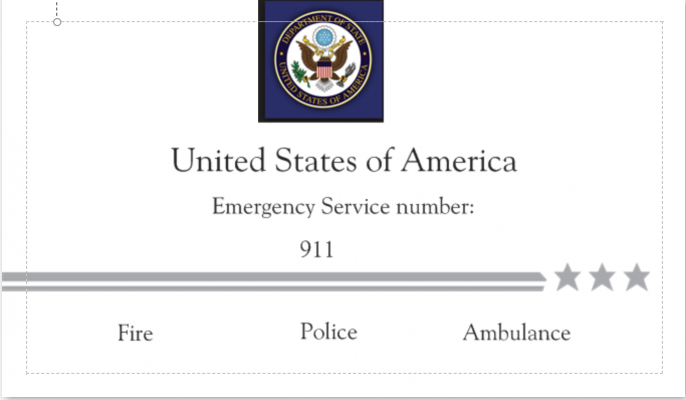 Policy to decrease domestic violence among immigrant population of the U.S.

Domestic violence in the United States is a predominant issue. However, domestic violence among our immigrant population is far more frightening as some residents do not know what any emergency service numbers are to seek help when they need it. Therefore, we would like to implement a policy where following a successful visa interview at a United States Embassy/Foreign Consulate, the immigration officer will hand the immigrant a card with the national emergency service number (refer to image). That way, they are readily equipped and knowledgable with the means of contacting EMS when necessary.