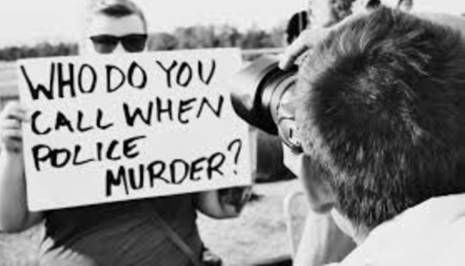 According to the most current FBI reports, a white police officer killed an African American individual nearly two times a week in the United States. The Department of Justice has found a pattern of excessive force within a number of major police departments. In 2016, there have been 172 African Americans killed by police. It is clear that the tragic events of Philando Castile, Keith Lamont Scott, and Tamir Rice are not rare.

So what is the solution? There is legislation House Bill 27 that prohibits public agencies and employees from identifying a police officer who has discharged his firearm or used force for 30 days after the incident.

HB 27 would withhold important information about the function of government from the public and implies that police officers have something to hide when they use force. It reduces government transparency and negates the ability of local officials to make decisions based on circumstances in their communities.

If police departments expect to maintain positive relationships with the communities they patrol, transparency must be part of the departments’ operations. HB 27 diminishes transparency at times when it is needed most. Policymakers have an important role to play in addressing the concerns raised by Pennsylvanians impacted by police misconduct. At the least, state law should not exacerbate the division between the police and communities. House Bill 27 does exactly that.

Please vote “no” on HB 27 for police accountability now!