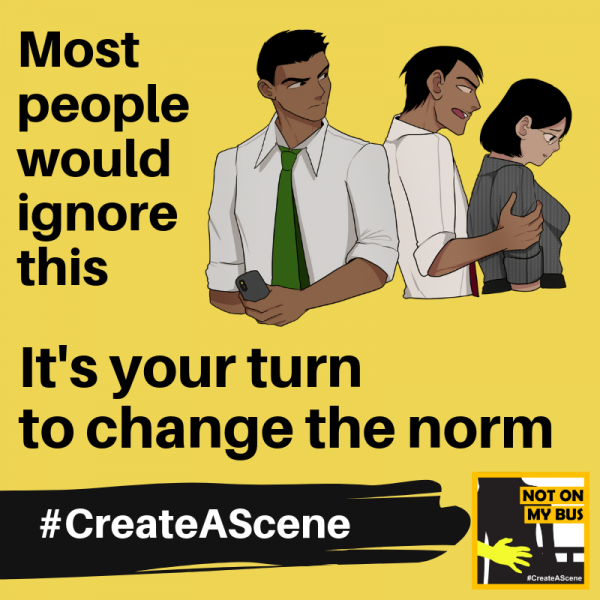 Be vigilant. Be Bold - We need to have a collective sense of responsibility and civic consciousness to speak up when we see someone being harassed in public transport.

This campaign places a sense of duty among each and every one of us here – calling for bystanders like you and I, to speak up at the sight of harassment.

A woman’s clothes, time or mode of travel should not in any way be a contributing factor for harassment.

It’s time we fortified a culture of zero tolerance for violence against women and acknowledge that standing against harassment is a civic duty.

Bystander intervention is going to be a pivotal point in countering high levels of sexual harassment in public transportation in Sri Lanka.

Pledge to be a vigilant bystander