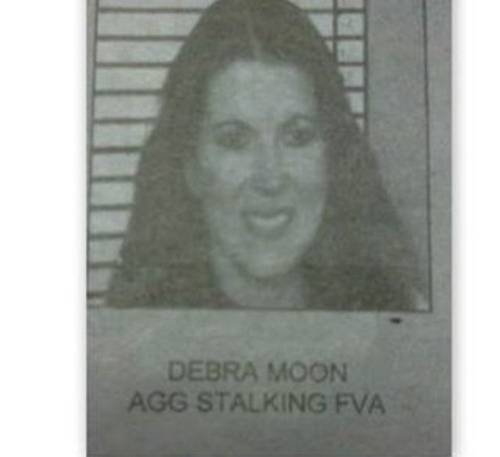 Help change the laws in Georgia to prevent this from happening to you.

Q. Did you know that Georgia is fast becoming known as the "Revenge State" and no longer the "Peach State"? Why is that?

A. It's because within the state of Georgia you can utilize the 911 system and the Department of Family and Children's Services to exact revenge upon your ex-spouse by reporting "false claims of child abuse" without fear of punishment by your state or local government.

Q. How is this possible in the state of Georgia?

Q. How do I know this "Revenge" is actually happening in the state of Georgia?

A. Because I have been a victim since 2007 (that's nearly 10 years folks) of the exact "Revenge" that has been described to you here... Don't take my word for it... See this "Revenge" for yourself at https://www.facebook.com/Please-Make-Her-Stop-2183...

Q. Why can't your ex-spouse be arrested, convicted and jailed for this abuse?

A. 1. Simply because this behavior in itself, while immoral, is not a crime in the state of Georgia.

A 2. Additionally, if you can kick up enough fuss and get yourself labeled as a "burden on the system"... then Georgia, and more specifically Floyd County, will not hold you accountable for your behavior.

Q. But hasn't she been arrested multiple times for abusing the 911 system and once for aggravated felony stalking? What was her punishment in those cases?

A. Sure she has. But it's easier for Floyd County to let her plead to a lesser charge so that they don't have to deal with her because she is considered a "burden on the system"

Q. Have you asked for help from the local District Attorney?

Q. Why don't you just sue your ex-spouse for defamation, pain & suffering?

A. All the lawyers in this town know her and refuse to get involved.

Q. Why do they refuse to get involved?

A. Because she does not have what is known in the tort system as "Deep Pockets". Lawyer after lawyer has turned away from this case because she does not have "Deep Pockets" which simply means they don't want to deal with her for a small $2500 retainer. It's simply not worth it to them to deal with this chronic pain-in-the-ass unless they can get big dollars for their efforts.

Q. So let me ask you this. Would it be safe to say that if you want relief from this abuse you would have to sue someone with "Deep Pockets"

A. Yes. that seems like a reasonable conclusion to me.

Q. Then who is the culpable party in this cycle of abuse that would have "Deep Pockets"?

A. The logical answer to that is FLOYD COUNTY. GEORGIA.

Q. Isn't there another alternative? Legal action is so expensive.

A. Yes. Possibly. It has been suggested that I relocate to another state that is willing to protect my rights. Such as one of the states mentioned above that has already criminalized "false reports of child abuse".

Q. Who would pay the expenses for relocation.

So currently in the state of Georgia it is entirely likely that all this could happen to you..

Join us in stopping this kind of behavior by asking the Georgia legislature to enact laws criminalizing the "false reporting of child abuse" in the state of Georgia by signing this petition.

Eliminating the "false reporting of child abuse" & criminalizing this behavior can only benefit the families of Georgia and decrease the burden on public resources.

In addition, if you feel so compelled, please forward or share this petition via email or social media so that we can reach our goal.

Thanks in advance for your time & consideration.