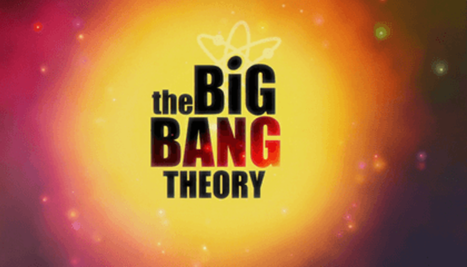 The Big Bang Theory (often shortened to Big Bang Theory, and often abbreviated to TBBTor BBT) is an American sitcom created by Chuck Lorre and Bill Prady, both of whom serve as executive producers on the series, along with Steven Molaro. All three also serve as head writers. The show premiered on CBSon September 24, 2007. In March 2014, the show was renewed for three more years through a tenth season, which is set to premiere on September 19, 2016.

The show is primarily centered on five characters living in Pasadena, California:Leonard Hofstadter and Sheldon Cooper, bothphysicists at Caltech, who share an apartment; Penny, a waitress and aspiring actress who later becomes a pharmaceutical representative and who lives across the hall; and Leonard and Sheldon's similarly geekyand socially awkward friends and co-workers,aerospace engineer Howard Wolowitz andastrophysicist Raj Koothrappali. The geekiness and intellect of the four guys is contrasted for comic effect with Penny's social skills and common sense.

Over time, supporting characters have been promoted to starring roles: Bernadette Rostenkowski, Howard's girlfriend (later his wife), a microbiologist and former part-time waitress alongside Penny; neuroscientistAmy Farrah Fowler, who joins the group after being matched to Sheldon on a dating website (and later becomes Sheldon's girlfriend); Stuart Bloom, the cash-strapped owner of the comic book store the characters often visit, who, in season 8, moves in with Howard's mother; and Emily Sweeney, adermatologist who dates Raj and has a fascination with the macabre.