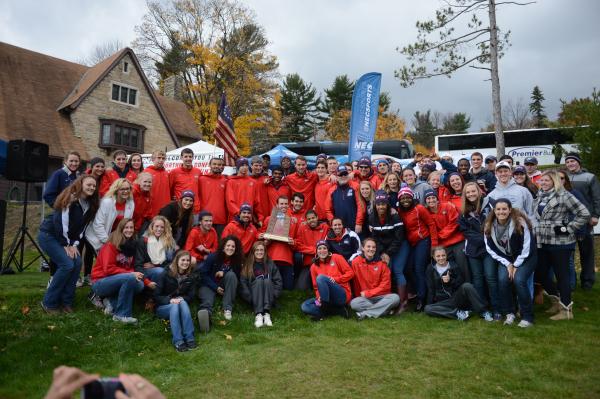 Please save the RMU Men's Cross Country/Track and Field Program

RMU has made the decision to eliminate 7 of the Division 1 Sports, 3 of them being cross country, indoor and outdoor track. Every signature counts. Let's show the athletic department that the track nation stands as one.

Due to RMU's budget crisis, Craig Coleman announced to the entire track and field family that all three seasons of Men's running (XC, Indoor, and Outdoor Track and Field) are being recommended to be cut from the University Athletics. This team's history runs as deep as the university itself. The men’s program has always been a competitive team in the North East Conference. Javelin thrower Chris Carper qualified for the NCAA DI National Championships this past spring. He finished 19th in the nation and earned All-American Honorable Mention honors. Most recently, the men’s outdoor track team finished 2nd in the conference in 2010, and 3rd last year in 2013. The men’s cross country has just finished a very promising season. Preseason polls had the Colonials picked as the 6th ranked team in the conference. The men’s team proved many people wrong and shocked the conference by finishing 2nd this past season.

The cross country and track and field programs here at Robert Morris are very unique; we truly are a family. Taking away the guys' side is like taking away our very brothers. Cutting entire sports teams, especially those which have won so many titles, is not the solution to the financial problem.

For the track community as a whole, who knows what slippery slope the loss of our program may entail. Robert Morris would be the only school in the NEC without a men’s XC/Track program pending these cuts. Considering the recent losses of men’s programs at schools such as JMU, Delaware, and Seton Hall, this decision could pave the way for even more schools to consider cutting track and field as a short-term solution to a long-term problem.

Time to rally, Colonials! Voice your support and help save the team!!