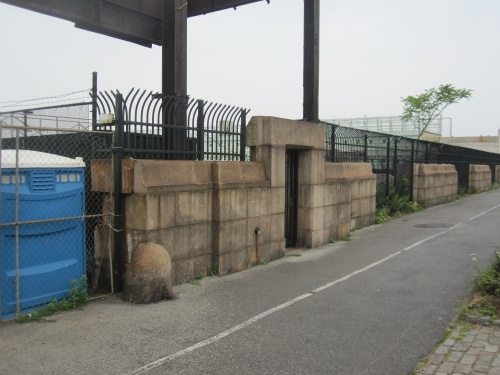 Built in 1910 as part of the Chelsea Piers by Warren and Wetmore. Pier 54 serviced the grandest ocean liners for the Cunard Line during the early 20th century. The pier was made famous for its involvement with the 1912 Titanic and 1915 Lusitania disasters. In 2015, the Hudson River Park Trust approved a $125 Million project to replace Pier 54 called "Pier 55". Though Pier 54 Conservancy and other major Maritime groups do not agree nor support Pier 55 we however appreciate the preservation of the "Archway" structure. But we believe that other key sections of Pier 54 should be included into the preservation efforts. The granite façade that spans from West 12th Street to West 14th Street is the original façade face of Pier 54's former terminal building. We feel that it should remain at the site and preserved.