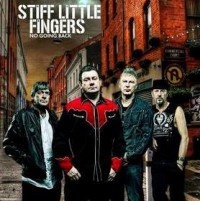 646 people have signed this petition. Add your name now!

We would like to show Absolute Radio that there is a growing demand to hear music by Stiff Little Fingers on uk national radio. This band has been touring and releasing albums or 37+ years, mostly with little or no media support, but consistently playing to bigger crowds, with a growing number of 'young uns' coming along.

Their accomplishment in reaching their crowdfunded 2014 albums target in 12 hours completely missed the attention of Absolute Radio, as did its no 1 placing on the BBC Rock Album chart.

For a station who promotes good music from the past and present, we feel you are missing a huge market for proper songs about things that matter to us.

We'd like you to listen to the current album 'No Going Back' and rediscover the thrill of hearing something you want to play until it wears out!! Then share that feeling with your listeners.