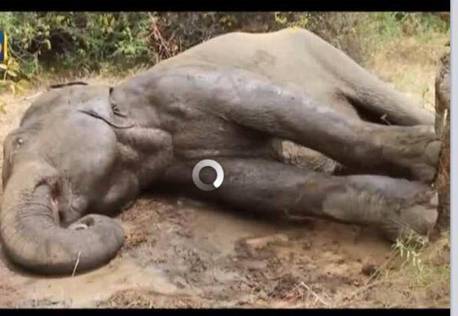 Please help us save our Wildlife and natural habitat.

It has brought to our attention about a very depressing situation in Pollonnaruwa , Gallalla, Sudu nelum gama, Sri Lanka.

A case of animals dyeing due to a thoughtless ignorent act by humans. The above mentioned property is recycling plant. It was initially four acres but it has been miss used making a threat to local wildlife and environment and also a health and safety issue to the people who live in the village.

There has been reports of broken glass among other hazardous material exposed creating a danger and hazard to locals as well as Wild Life.

Animals consume the rubbish including plastic bags, Nylon wire, plastic items and many other dangerous thoughtlessly dumped rubbish. The above picture of the Elephant being the most recent victim of this thoughtless act. Which could be easily prevented if the authorities took action. There had been reports of Cattle and other animals being victims due to consumption of rubbish the end result being precious lives lost. This means they DIE after eating rubbish material.

Ten Elephants and countless amount of milking cows had perished due to eating rubbish from this pit.

The area needs to be fully fenced, secured and monitored. Rubbish limited, any illegal dumping should be banned.

To investigate this matter and take necessary actions before any further tragic deaths of animals. Also the area to be kept diseased free for local communities.

We have lost so many precious lives of Cattle, Elephants and other wild life. The future of our wildlife and well being of humans relies on this

Please help us get the attention by signing our petition that we will be passing on to the relevant government officials.