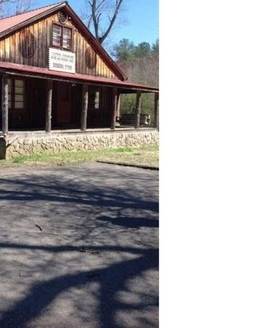 Please sign and share this petition to help stop Dollar General from opening a store at Cove Road and Grandview Road in Jasper, Georgia.

Those who sign this petition feel that there is a place for business growth in our community. However, there are 9 discount stores, 5 of them Dollar Generals, within a 20 mile radius the proposed location. If Pickens County wishes to increase its business growth to best serve its populace, we would suggest branching out into areas that are needed to help grow the community, like companies that offer full time skilled positions at rates that are competitive to the job market in Atlanta.

Another concern is the tearing down of the historic Jasper Junction. This historic structure was built in 1832 and is a former Cherokee Indian Trading Post. This building is part of our Pickens County heritage and should be treated as such.

Also, due to the specific placement of the property, coming out of S curve hill, we have safety concerns around the construction of a store known for the large trucks used to supply the chain. We already have had several incidents around the curve in recent years with the growing traffic on Cove Road. Increasing large truck traffic on the road will not make the neighborhood safer.

Please share, sign to give a voice to us who wish to keep the Grandview neighborhood free of the Dollar General and their continued attempts of opening a store where they are not needed or wanted.

Voice your opposition to DNR... specifically for environmental and traffic concerns:

Pickens County Board of Commissioners

On behalf of the Board of Commissioners and many of the residents of Pickens County, I would like to encourage you to consider locating another Dollar General store in Pickens County in a location other than at the corner of Cove Road and Grandview Road.

The intersection of Cove Road and Grandview Road is located in an area designated by the Pickens County Long Range Plan to be a conservation area in which commercial uses are not appropriate. This is the reason that earlier this year when a proposal came before the Pickens County staff, planning board and commissioners to rezone a parcel of land at that intersection for construction of a Dollar General store, the rezoning request was denied.

We are aware that a parcel of land on another corner of that intersection is already zoned for commercial use and may be under consideration for construction of a Dollar General store. However, commercial use of that parcel is just as inconsistent with the conservation area designation in the county's Long Range Plan as the previous rezoning request.

Because the parcel is already zoned for commercial use, the Pickens County Board of Commissioners will not have an opportunity to consider whether its use for construction of a Dollar General store is appropriate. When land use zoning ordinances were first adopted by Pickens county, parcels were designated according to their use at the time. That parcel was the site of the now defunct Jasper Country Store. Thus, it was initially designated for commercial use.

The log cabin portion of the building on the site dates back to the early 1800's when the area was inhabited by Cherokee Indians. Within 100 yards of the building was a ball ground where Cherokee tribes gathered for sporting competition. The historic significance of the building has not yet been established. However, as Pickens County becomes more aware of its place in history, we expect to see our citizens take on a greater interest in the preservation of such historic locations.

Thank you for your interest in helping Pickens County grow responsibly.

A successful Commissioners meeting where the community showed up in force, again, with standing room only. Together we can have our voice heard!

After a segment on Channel 2 Action news, we have learned that Dollar General is now in the final stages of deciding whether or not to go through with building on this site. In a statement obtained by Channel 2, Crystal Ghassemi said that they were aware of the opposition, but that they had just as much support to build another Dollar General in the area. We as a community feel that if there is support to build yet another one of their stores in Pickens County, that this is not the location that should be considered.

We urge everyone to PLEASE email, write, call... whatever you feel most comfortable with... and urge them NOT to select this specific location for their expansion. If yet another Dollar General is truly "needed" in Pickens County, they can select another location.

Letter sent to the commissioners by Mary Ann Clayton (worth the read):

I am reeling from the possibility that Dollar General will actually get permission to build on the site of an 1832 Cherokee Trading Post, one of the oldest buildings in Pickens County as far as I know.

Right off, I am remembering working on the Pickens County Comprehensive Plan in 2008 that purported to protect such occurrences, an aberrant use of land in an area designated for another purpose, especially commercial encroachment into a residential and/or rural area. So I went to the Plan's website to see if my memory is correct.

If I am reading it correctly, this land is in the Conservation Area. What is a dollar store doing in a Conservation Area? I would think that the Planning Commission would be following its own guidelines in refusing to grant such use. I realize that corner is zoned commercial, which in itself is a little fluk-y, but there is commercial and there is commercial, a dollar store is not suitable at all for that site.

Dollar General has, I am told, been able to find 4 or 5 other places to build in Pickens County, though for no reason I can think of, that is not enough for them. Of all the possible sites, why would they hover like vultures over an out of the way location for another store that is not needed, not wanted and is detrimental to this area. Historically significant building in one hand, a business that is, on the records, not a good neighbor in the other? Check out these internet sites. I gathered all this in less than 5 minutes, I'm assuming there is more somewhere.

Please, take a stand for your own Comprehensive Plan, for the preservation of Pickens County history and its natural beauty, and for our neighborhood - just a few of the reasons to deny permission for the build on this property and to send Dollar General on its way to some more suitable location if they must add another store in Pickens County.