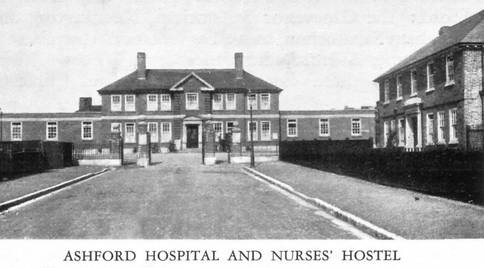 Please help save our old hospital in Ashford Kent

Abbey Homes, the developers of this old building in Kings Avenue, have planning permission to renovate it & turn it into apartments, however they now say that is no longer financially viable & have sought permission to demolish it. Ashford Borough Council have refused permission & now Abbey Homes are appealing against that decision. This appeal will be held by the Secretary of State for the Environment at a later date & I am trying to obtain as many signatures as possible, in order that it might help to save it.

Ashford Hospital in Kings Avenue was opened in July 1928 at a cost of almost £30,000. This money was raised by public donation, the fund starting in October 1925. Such was the response to the appeal fund, that by June 1926 a contract had been awarded to Messrs D Godden & Son of Hamstreet to build it & a year after its inauguration, the appeal fund had raised over half the money needed. On the 20th October 1926 the foundation stone was laid by the then Duke of York, who later became King George VI. Although the hospital has long closed, it still holds a place in people's hearts, for many a reason. The developers of this site want to demolish it, instead of renovating it, & have now appealed against Ashford Borough Council's decision to refuse permission to do so.

Please note: when you submit your signature, a donations page will appear with amounts on it, you do not need to donate, it's purely voluntary but your signature will have been counted, see the note to that effect above the donation amounts.

Please join our group for more information on saving our hospital as well as thousands of images of old Ashford & many discussions, posts & chatter.