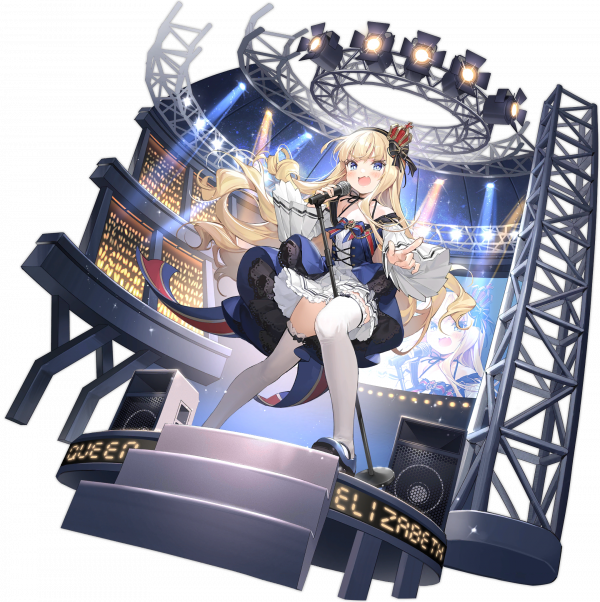 Please give ❤Queen Elizabeth❤ a retrofit

Queen Elizabeth is the leader of the Royal Navy, a prestigious faction and one of the main ones in the game. The in-game description states that they are very powerful, in part due to a long and successful history of navigation.

The Royal Navy has many wonderful ships, but unfortunately their leader is somewhat underperforming; according to the EN tier list, QE is currently at tier 1 -- which is good, but two tiers below the top (tier 0).

In contrast, the leaders of the Eagle Union and Iron Blood -- Enterprise and Friedrich der Große -- are tier 0, the top tier. In fact, Friedrich is considered one of the very best ships in the game, if not the best.

Furthermore, she is the only faction leader to not be super rare or higher rarity -- every other faction in the game has a leader of at least super rare rarity, except the Dragon Empery, for whom it is uncertain who is the leader.

In terms of lore, it has been established that, as the leader of the Royal Navy, QE is in charge of deciding which ships are given retrofits -- in the Empyreal Tragicomedy event, Warspite says "I hope that Queen Elizabeth will grant me a retrofit when I get home". It would therefore make perfect sense for her to give herself one.

Furthermore, QE has expressed frustration at her small breast size, being envious of Honoka during the Vacation Lane event. Furthermore, other faction leaders have made fun of QE's flatness during negotiations, which must surely have been a source of pain to her. With a retrofit, she could get a much-deserved cup size boost as well as additional combat power. There is precedent for this - Ardent appears to have larger breasts post-retrofit.

Overall, as the leader of the Royal Navy, QE should be on the same level as Friedrich der Große and Enterprise -- and especially Warspite, who is Queen Elizabeth class and got a much-needed retrofit earlier. This will be very good for the game, as it will encourage players to consider synergy more with QE's big Royal Navy buff, as she would be definitely worth using.