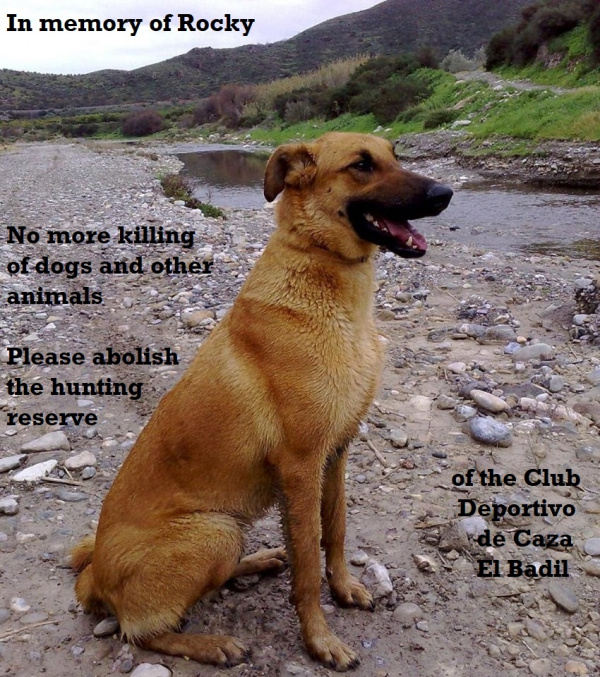 On 20 December 2016, a letter was submitted to Cantoria Town Hall (Spain), with entry register number 3919, signed by twenty neighbours, expressing their concerns about hunting and shooting around our homes. We have not received any response from the Town Hall, and we are not aware that any action has been taken.
Among the actions the neighbours claim to have had to endure from hunters are:

The hunting reserve currently has an extremely poor signalling, with the consequence that it will be very complicated for hunters to know if they are outside or within the limits of the reserve.

Please proceed to abolish the hunting reserve of the CLUB DEPORTIVO DE CAZA EL BADIL, with registration AL-11078, on the part of the Town Hall of Cantoria, the DELEGACIÓN TERRITORIAL DE MEDIO AMBIENTE Y ORDENACIÓN DEL TERRITORIO EN ALMERÍA and/or any other competent body in this matter, due to the lack of compliance with current regulations, repeated non-payment, poaching, environmental impact, damages caused to the neighbours, as well as the lack of respect, which has been shown time and again, both for said regulations and for the residents of Barrio de las Zorras, Almanzora, El Púlpito, Gachas Migas, El Badil, El Marchal and Oraibique.