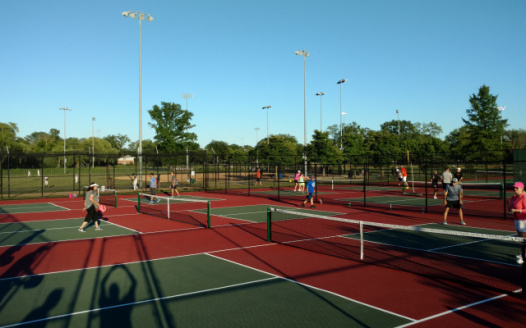 We would like the Northbrook Park District to consider adding more pickleball courts to the Northbrook community. This can be done by: #1 - Converting tennis courts to solely pickleball (as has been done at the Community Center in Northfield - they're fantastic!). #2 - Adding pickleball lines to existing tennis courts (as the Park District has done on only a few of the courts in town). Pickleball is currently one of the fastest growing sports, and is played by young and old alike. Northbrook residents shouldn't have to go outside their town to be able to play, so let's have our Park District be at the forefront of this fun sport.