Petition against diminishing working conditions and wages for pharmacists. 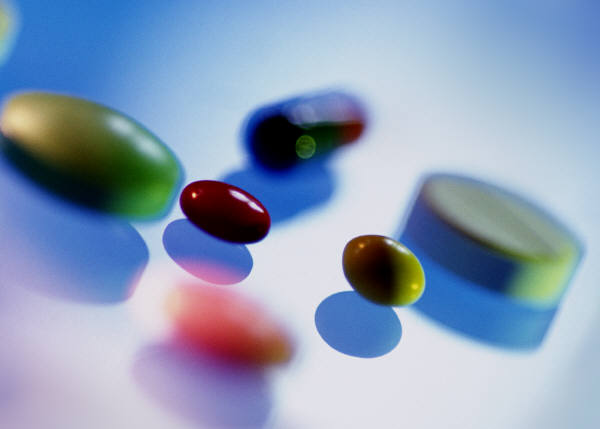 ***IMPORTANT NOTICE: If you agree to all (or some) of what has been mentioned, please sign the petition. If you are a qualified pharmacist/technician, LEAVE YOUR REGISTRATION NUMBER in the comments box as proof of it being a valid signature. If you are a student, please leave your current year of study and university. Spread the word, as you can imagine, to have any effect we need weight in terms of numbers. There are thousands of pharmacists, students and staff out there, we need this message to reach them all. Thank you for your support in advance.***

Over the past 5 years in particular, the pharmacy profession has faced many struggles, non more so than the pharmacists themselves facing deteriorating working conditions and reduced income whilst having to reach higher targets and face more working pressures from store managers and area managers. Locums face having to work extra hours to make up for the shortfall in wages created over the period of a year due to companies reducing rates year after year, or adding requirments onto shifts in order for them to gain a 'normal' rate, such as providing a minimum of one 'service'. Such services of course being those which companies gain financial remuneration when carried out and the pharmacist gets a reminder to do the same next time round. This alone is creating situations whereby pharmacists are risking their careers performing MUR's on patients who are not eligible, or will not benefit, or doing so called intervention MUR's when there is no such real intervention to be made. Basically, this is, and has to be seen as a form of fraud. There have been cases brought before the GPHC due to the pressures faced by all pharmacists and so them having to make up MUR's to satisfy those nagging them on a daily basis. A pharmacist should have the right and power to refuse an MUR on someone they feel will not benefit from one, without feeling as though they will be penalised.

This pressure of performing services is also on managers, second pharmacists and relief pharmacists too, although their wages are not affected at the moment they are the people bearing the brunt of disgruntled store or area managers when targets are not being met. At the same time this creates a unpleasant atmosphere in the pharmacy with staff also under pressure to locate eligible patients, people on conference calls daily trying to justify their shortfall from the targets and generally staff and pharmacists not looking forward to going into work, which surely cannot be good for patient care.Relief pharmacists come into this category, as they are basically locums but with a fixed contract and therefore guaranteed income. Although it is up to each individual which career path they choose, it is disgraceful that companies are allowed to throw them from one store to another, having them performing these rewarding services and paying them anything as low as £15 per hour, which is barely above the wage an ACT can achieve without the need of a masters degree and falling into debt. This exploitation of vulnerable graduates needs to be addressed from university level in some way as they should at least not be paid less than a second pharmacist as they have the same if not more responsibilities.

This leads onto the point of graduates. Since the approval of a number of universities to provide the MPharm course a few years ago, it is inevitable that the number of graduates is increasing, and likely to continue to do so on a yearly basis. This increase is flooding the market with pharmacists willing to undercut each other in order to make a living, which of course suits the companies as again it provides ammunition to decrease wages due to over supply. Many have mortgages and families to support and in the light of £9,000 a year tuition fees, making a suitable living will, and is becoming ever harder. Pharmacists numbers should be capped and they should instead be specialised in certain areas by taking certain tasks away from doctors to ensure the patient is getting the best possible care whilst saving money for the NHS as doctors are remunerated a lot better. At the same time universities should not be allowed to offer students who have failed to make the grade to do medicine or dentistry a free pass into pharmacy. The end result of this is people working in a profession which they never wanted to be in, which has to be seen as a negative factor when taking patient care into account. From a universities point of view they are clearly just filling up the numbers to ensure they are paid as much as possible per course that they offer, this must be addressed.

A further issue is staffing. These companies are making millions of pounds profit each year and to the staff that treat the pharmacy as their own, they provide a measely 1% or 2% wage rise to keep them happy for the coming year (which seems to be funded more and more by cuts to locum rates). Many stores are reducing the number of staff they have to work on a daily basis, or at least their hours and how much of an overlap they have, whilst the store itself gets busier. This is making pharmacists cover the gaps by doing the job of a dispenser or healthcare asisstant, adding to their daily workload and pressure, which in the end will increase the chances of making mistakes. Pharmacists are loosing their knowledge and standing in communities whilst being made to clean shelves and date check due to such staff shortages. We should not wait until another Mrs. Lee case (Tesco pharmacist) arises before staffing issues are looked at and companies throw money at the problem again before gradually cutting back hours.

Let us not forget that it is the companies themselves who agree to the conditions in the pharmacy contract such as opening hours, particularly for a 100 hour pharmacy, therefore it is not acceptable to leave the pharmacist on his/her own for up to 6 hours a day in a 16 hour day. It is irrelevant that it may not be the busiest of periods when such absence occur, as mentioned, the company agreed to the hours when the application was made, it only takes one prescription to make a fatal mistake, whether this be due to having no/not enough staff or having to self check.  This is even more important considering the fact that one mistake is enough to get you struck off, with the possibility of a criminal record or even jail. Pharmacies are not even allowed to open without us being on site, this is the level of responsibility we have and the power we should have if we disagree with anything we are asked to do.

The profession needs some cohesion across all sectors and someone to stand up for what is right and fair, in all aspects. You see unions backing their workers all year round (doctors, public sector workers etc) we are the ones who have never had such real backing even whilst paying yearly fees to our union and societies. It is time to show we can be united, we are not here to be walked all over and given nothing in return, we will not be made to commit fraud for financial gain and that we do hold a important role in patient care. Together we can make a change for the better. Thank you for your time and support.

***LEAVE YOUR REGISTRATION NUMBER or your current year of study and university.***